The Honda Transalp was built to capitalize on Honda’s Paris-Dakar victories in the 1980s. All the bikes in the series — including the XL400V, XL600V, XL650V, and XL700V — featured a 52° V-twin motor, as well as desert-blasting style. The bikes were lauded as go-anywhere, do-it-all touring machines. Enter Michel Szozda of Cool Kid Customs, based outside Amsterdam. Michel imagined a bike built not for the desert rallies of Honda’s glorious past, but the urban wastelands of a post-apocalyptic future. The result is a bike Michel affectionately calls a “Honda War Machine,” complete with ammo belts, throwing knives, and an attitude that would make Mad Max proud. 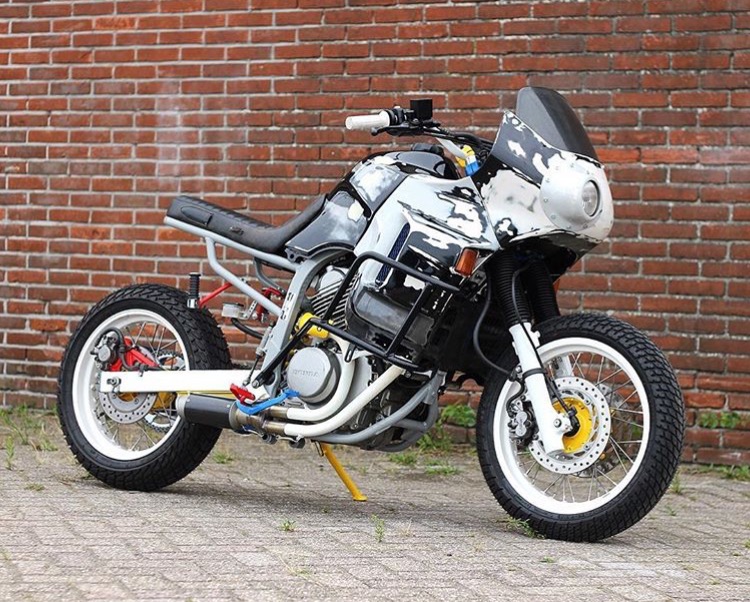 Without further ado, we get the full story on this “apocalyptic toy machine.” 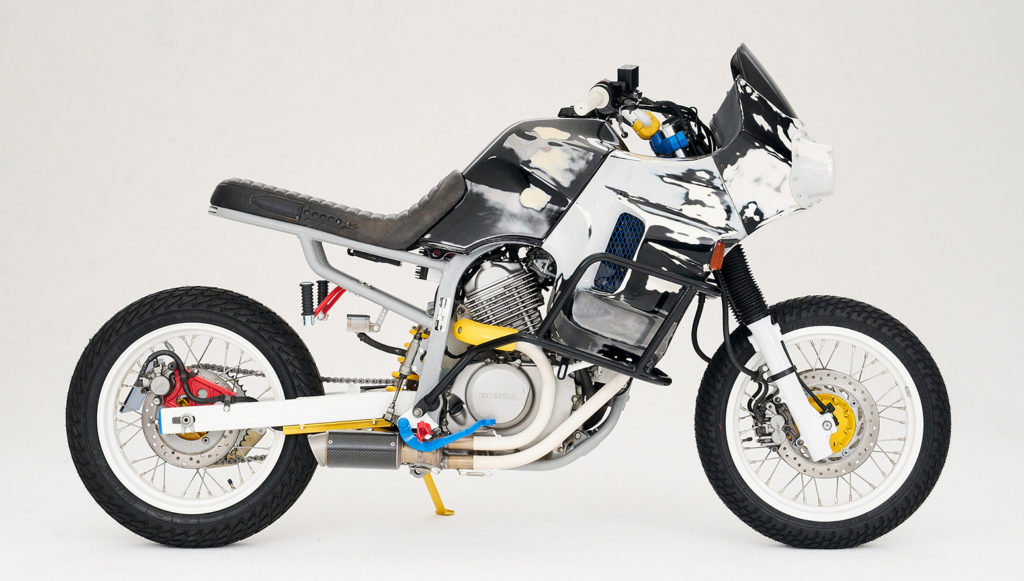 My name is Michel Szozda from The Netherlands. I started Cool Kid Customs motorcycle shop in 2014 and we’re stationed in Haarlem, near Amsterdam. It was build for a customer who told me I could do whatever I wanted to do, as long as it was in the same style as a few as my older projects (skateboard bike). (We need more customers like this 🙂

I wanted to do something straight out of the 80’s, but goes to war in the year 2128. Apocalyptic toy machine. Just too many things, here are some highlights: As a Honda War Machine

How the whole bike turned out. It came out better then it was in my head. It’s the best one yet.