A retro scrambler inspired by the King of Cool himself…

In 2019, Triumph launched the Scrambler 1200 XE — one of the few factory production scramblers to be worthy of the name. The engine is the newest evolution of the company’s 1200cc high-power eight-valve British twin, featuring a low inertia crank, high-compression cylinder head, and a dedicated Scrambler tune developed to give the optimum balance of power and torque delivery for both on and off-road riding. Unlike many bikes which are “scramblers” in name only, the Triumph boasts real long-travel suspension — nearly 10 inches front and rear — from a set of 47mm Showa forks and twin Öhlins piggyback rear shocks. The result is true off-road capability and ground clearance. Braking comes from Brembo M50 radial monobloc calipers, with twin 320mm floating discs on the front a single disc in the rear. ABS is standard.

“On the road it can be calm, refined and give you the thrill of a sportsbike, but its ability to be a scrambler in more than just name is impressive. A serious off-road tool, the Triumph is an adventure bike that just happens to look like a retro.” –MCN For 2022, the engine boasts lower emissions — compliant with Euro5 standards — and the twin high-level exhaust system has been updated with the added benefit of improved heat distribution. But the more interesting update is the limited edition model, inspired by the King of Cool himself… “In celebration of arguably the most famous movie star, stunt, and motorcycle in history, the new Scrambler 1200 Steve McQueen Edition takes inspiration from the Triumph TR6 that pulled off the still-legendary stunt from the iconic war movie classic, The Great Escape.” –Mecum Each bike is individually numbered on a billet-machined handlebar clamp, which also features a laser-etched Steve McQueen signature. What’s more, each bike comes with a unique certificate of authenticity stating the bike’s serial number and carrying the signatures of the Triumph CEO and Chad McQueen, son of the legend himself. On Saturday, August 14, Serial No. 0276 will be crossing the Mecum auction block in Monterey (CA), boasting the serial number that matches the number plate that Steve McQueen ran in the 1964 International Six Days Trial (ISDT). In 1964, McQueen helped fund and form a US team to compete in the famed ISDT, including racers Bud and Dave Ekins, Cliff Coleman, and John Steen, all of whom piloted their very own Triumph machines.

“Their efforts across the pond were highly publicized, with countless magazines and news outlets including prominent feature articles about the race within their pages. As a result, imagery of McQueen atop his No. 278 Triumph at the 1964 ISDT remains prolific even today, and the Triumph brand has retained status as a household name with relative ease throughout the past half-century.” 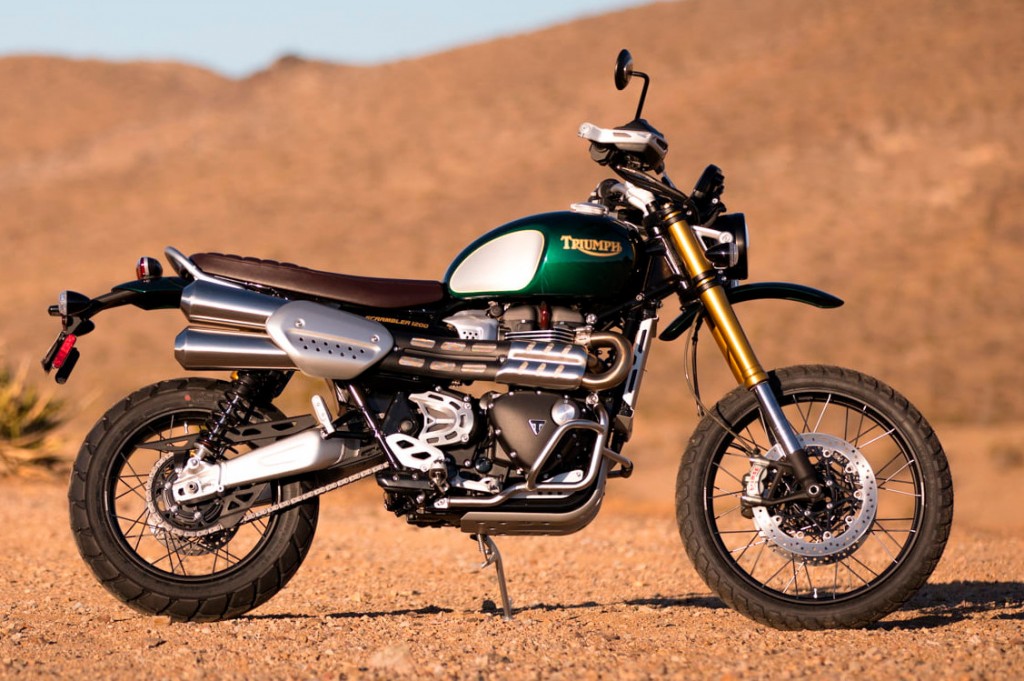 What’s more, Serial No. 0278 of 1000 is being auctioned off with a charitable twist. The highest bidder will be writing the check for its purchase directly to the Boys Republic school for troubled youth — a non-profit treatment community for troubled youngsters located in Chino Hills, California. As some of you may know, Steve came from a broken home. His father abandoned the family when he was less than a year old, and he lived with an uncle on a Missouri farm until he was 12. After that, he lived with his mother in Los Angeles, where he started to get in trouble with the law. In 1944, his mother sent him to the Boys Republic.

“He stayed at Boys Republic for 18 months and was always grateful for its help in turning him around. (He frequently visited it after he became famous, and left it $200,000 in his will.)” –Adoption.com The winning bidder will also be invited as a Guest of Honor to the annual dinner of the Steve McQueen Car and Motorcycle Show at the school, which was founded in 1907 and has helped more than 32,000 at-risk teenage boys and girls.

“McQueen Scrambler No. 278 is likely to draw lots of attention in Monterey, and deservedly so. There isn’t much more any avid collector or rider could hope to find in a singular machine; this limited-edition, top-shelf Triumph truly has it all.” –Mecum If you’re interested in this McQueen Scrambler, it will be hitting the Mecum auction block on Aug. 14. You can learn more and register to bid at Mecum.com.