Buenos Aires has long been known as “The Paris of South America” for its striking architecture, style, fashion, and culture. It’s also a hotbed for custom motorcycles, particularly lightweight scramblers and street trackers perfect for jumping curbs and darting through the traffic of Argentina’s cosmopolitan capital city. 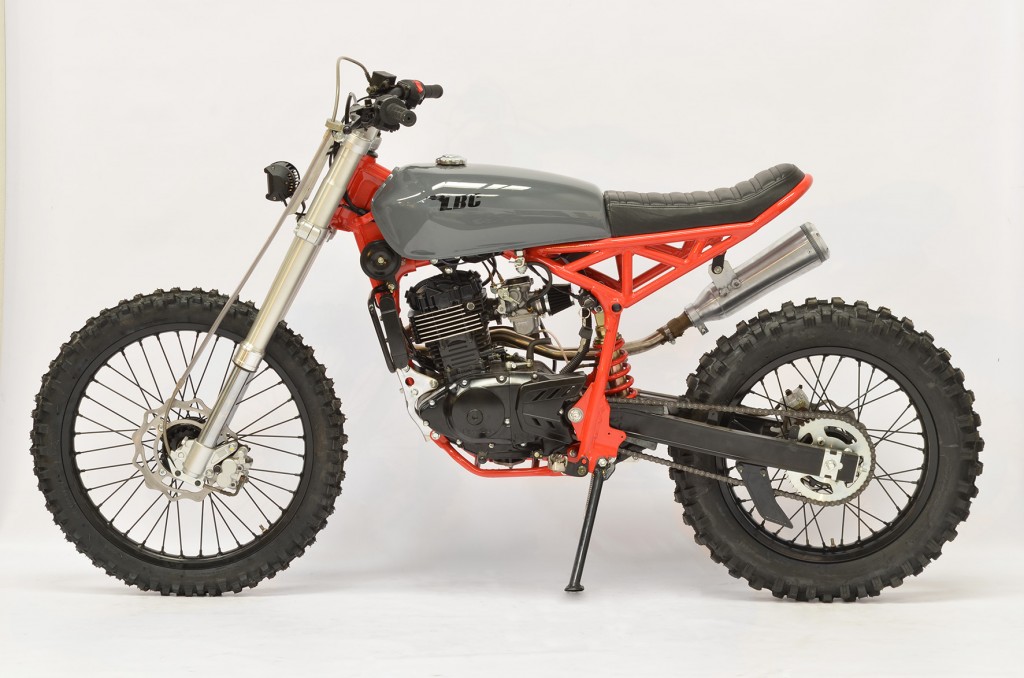 Formerly known as Low Budget Customs, LBC Motorcycles has become one of our favorite builders, turning out retro-inspired scramblers, trackers, and hooligan fun machines. We recently reached out to shop boss Juan Taurel to feature his Honda CBX250 Twister. The folks at Bike EXIF had already beaten us to the punch on that build, but we realized that Juan had rolled out several nifty new builds in the last few months, including the one you see here, the “LBC 200 Mad Scrambler II.” It’s based on a 2020 Beta 200, a popular motard in Argentina that’s derived from the 1990s Suzuki DR. It’s become a common base for modification in South American customs circles, serving as the donor for the 2020 Argentinian Builders Challenge. Says Juan:

“The design of this bike was based on another one we did previously — it’s a series that we call “Mad Scramblers.” A simple (street illegal) skinny bike. No fenders, no electric starter, just kick and go.” Juan modified and powder-coated the frame a “jazzy red/orange” — one of his favorite parts of the build. The tank is a modified 125cc unit from the 1980s and the front number plate is handmade from aluminum, featuring an LED headlight. The exhaust is stainless with a Supertrapp muffler and the bike’s wiring has been streamlined to the barest essentials.

As owners of a couple of plated dirt bikes ourselves, we love such “kick-and-go” machines that put the fun and simplicity back into motorcycling. Below, we talk to Juan for the full story on the build. I am Juan Taurel. I have a custom motorcycle shop in the heart of the city, in Buenos Aires, Argentina, called LBC Motorcycles.

It’s a Chinese motorcycle imported by Beta Argentina. The motor is a 200cc unit derived from the Suzuki DR125 of the nineties, with a Mikuni carburetor. Year 2020. This bike was made for a customer. He gave me freedom to create it; he wanted a fun bike to use in the country on weekends. The design of this bike was based on another one we did previously — it’s a series that we call “Mad Scramblers.” A simple (street illegal) skinny bike. No fenders, no electric starter, just kick and go. We completely modified the chassis and painted it with powder coat. Adapted the tank from a 125cc of the 1980s, custom seat, painted wheels, new MX tyres. We made a small custom front mask from aluminum with an LED light, aluminum handlebar, and a stainless steel exhaust with Supertrapp muffler. We simplified the electrical installation so that it only has a power cut and kickstart, like a dirt bike. The lights turn on when the bike starts. It’s a toy more than a motorcycle. So fun. The chassis, that was what took the most work, and with that jazzy red/orange paint it turned out very good.