Most insurers offer coverage for the Suzuki GSX-R600. Nearly every one of them offers it at a different price, though. Riders can easily overpay for the motorcycle insurance that they need. No one wants that. Let’s have a look at the history of the bike, types of coverage that you may need, and a few ways that you can keep your “Gixxer” premiums as affordable as possible.

History of the Suzuki GSX-R Series Suzuki began producing the GSX-R series for the 1984 model year. It was considered a breakthrough bike by many experts. Prior to the GSX-R, the frames of Japanese bikes had a disturbing habit of warping and reacting in less-than-safe ways at high speeds. They were too heavy for racing and the engines were more powerful than the tires and frames of the day could handle on the track or streets.

The GSX-R750 had a more conventional engine than the Honda. It featured a basic four valve per cylinder inline four. The cooling was a bit different: Suzuki called it a mix of air-oil. The oil went through a large oil cooler and was sprayed into select areas where it was needed most, especially the underside of the pistons.

The engine may have been quite standard, but the frame was a whole new realm of innovation. Steel went by the wayside. Suzuki opted to use welded square aluminum instead. In order to improve the bike’s rigidity, the frame tubes were huge when compared to steel frame bikes. The bike was also designed for racing with the ability to be ridden on the streets. The saddle was built for a racers crouch and was more than 100 lbs lighter than the Honda VFR Interceptor. Stock bikes were capable of 100 bhp, but an aftermarket racing kit pushed that to 135 bhp. The GSX-R750 started the full fairing with two headlights trend that continues on supersport bikes to this day. 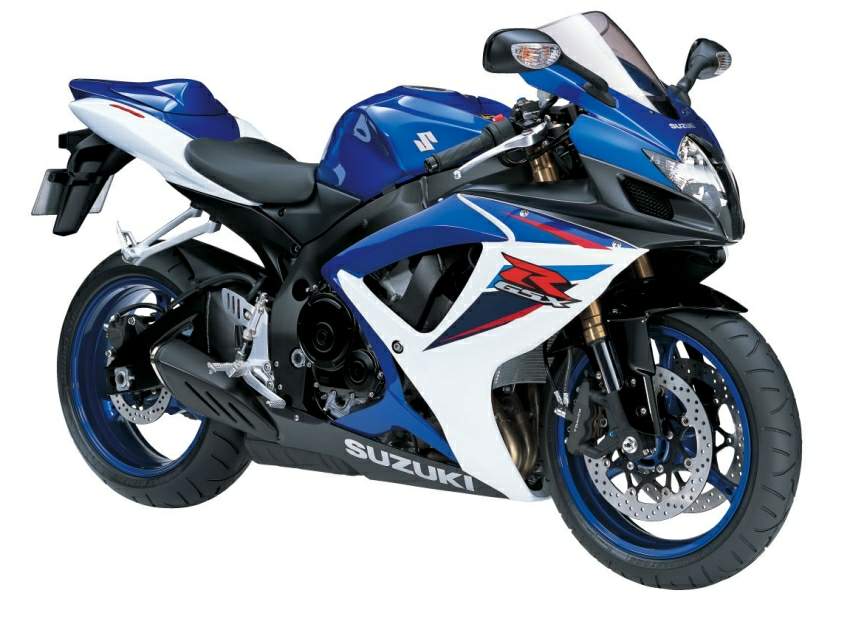 The Suzuki GSX-R600 was introduced for the 1992 model year. The first bikes featured a 599 cc inline four mounted on the same body as the GSX-R 750. Production lasted just two model years, but was re-introduced for the 1997 model year. The main change was the use of Suzuki Ram Air Direct. Over the years, the bike has changed with the times. Fuel injection, titanium valves, slipper clutch, sub-frame, and body styling have all been added or changed, but the bore and stroke of the bike have remained consistent at 67.0mm and 42.5 mm over the years.

Most states require minimum coverages for your bike. Usually, that is a liability policy and will not cover your bike after an accident. If you have a loan on your bike, the lender will require more coverage. Bank requirements aside, few people can afford to repair their ride if insurance coverages fall short. That is why all riders should have enough coverage to make all repairs under any circumstances. Those coverages should include:

Collision coverage: this protects your bike in an accident. No matter which generation GSX-R you ride, those fairings are incredibly expensive to replace. In fact, there are stories of these bikes being totaled from simple parking lot drops, when the cost to replace the fairings exceeded the worth of the bike!

Uninsured/Under-insured motorist coverage: on average, fifteen percent of the motorists in the U.S. do not have insurance coverage. Who wants to pay for damages caused by another motorist? The under-insured aspect of the policy protects you in case the other motorist is from a state with lower minimum requirements or the injuries exceed the policy caps of an at fault motorist.

Comprehensive coverage: this protection covers damage from fire, wind, water, theft, and vandalism. Gixxers are one of the most commonly stolen bikes, so this might be a good idea–particularly if you can’t keep the bike in a locked garage at night.

Certain factors affect motorcycle insurance premiums. These include: make and model of bike, driving record, and the state you live in. With those factors in mind, there are ways you can lower your premiums. Given that Suzuki GSX-R 600 insurance can range between $60 and $300 per month (depending on the company you use), you will want to do everything possible to keep your costs down.

Graduating from a two day MSF course will enhance your riding skills, allows you to skip the ”skills” portion of the license process, and lowers your premiums. You can visit the MSF website (www.msf-usa.org) to find a course near you.

If you are still in high school or are in college, most insurers offer a discount for maintaining a high GPA. For most insurers that GPA is in excess of a 3.0, but you will have to ask the insurer you choose.

This is just a logical way to keep your premiums down. Citations for DUI, reckless operation, and speeding are guaranteed to raise your premiums for years.

The best way to keep your premiums in check is to shop your coverage around. That is why we have created an easy to use tool so that you can get quotes from multiple companies that offer Suzuki GSX-R600 coverage. All you have to do is enter your rider and motorcycle information to receive several quotes from reliable companies like Progressive, Geico, Dairyland, and more. Follow this link to get your instant, free, no obligation quotes.