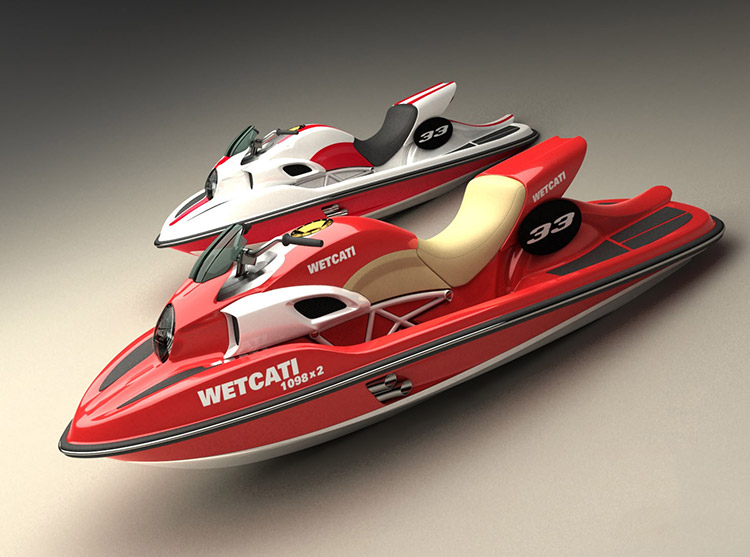 Could Ducati jetskis and personal watercraft be a thing of the future? A company is apparently trying to convince the Italian motorcycle manufacturer to break into the boating market with their personal watercraft line, the “Wetcati.” Apparently, diehard Ducati fans are none too happy about this, as they’re already using words like “douchey,” thankful it is not a prototype or manufactured item yet.

At this point, the concept is only a just that – a concept. It is being marketed by Zolland Design AB, a Swedish firm who is involved in the boating culture. Apparently the designers are talking about over 300 horsepower on this watercraft which is much more than the typical approximate 130-150 horsepower of the standard jet ski. According to the article, Ducati as a company is unlikely to get involved in boating. That said, they have partnered with other firms that do things like bicycles, kitchenware, wine, and various apparel items. Their public relations manager does not have a comment on Ducati doing boats at this time.