Pepo Rosell of XTR Pepo continues turning out incredible builds at a staggering rate, each of them with its own history, influences, and homages to racers and builders of both past and present. Now Pepo is back with a 2000 Triumph Legend TT 900, built as a tribute to the BSA Rocket III racer that Dick Mann rode to victory in the 1971 Daytona 200 — a 750cc triple introduced in 1971 and sold by sister company Triumph as the Trident. You can read a full retrospective on that victory on BSA factory rider Don Emde here. 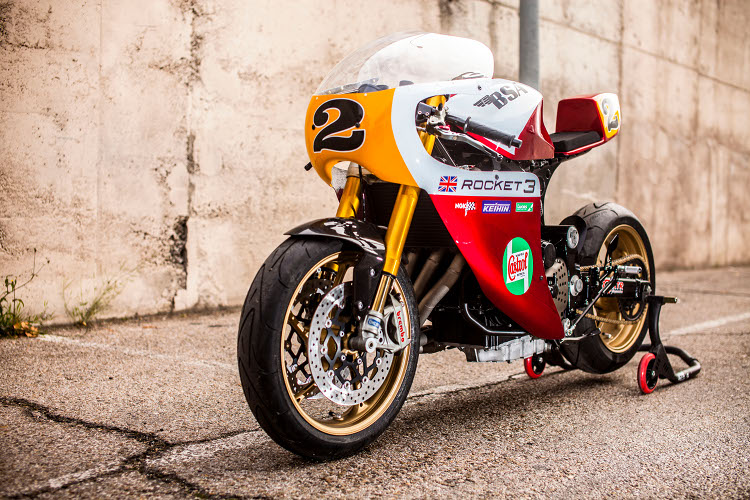 Dick Mann, as you may know, won a total of 24 national victories — the second-most in AMA Grand National history. His career on two wheels started as a teenager, when he delivered papers on a Cushman scooter. Dick was inducted into the Motorcycle Hall of Fame in 1998 and still remains active in the AHRMA (American Historic Racing Motorcycle Association).

The Triumph Legend TT 900 was a stripped-down, more affordable version of the Triumph Thunderbird 900 — one of the main differences being a blacked-out motor and teardrop tank. Built from 1998 to 2001, the bike was powered by a 885cc triple that produced 69 horsepower and 50 ft-lbs of torque. Some say the Hinckley triple sounded like a squadron of Lancasters at WOT, and the Legend TT has been regarded as over-engineered, if a bit boring in factory trim.

Of course, boring is nowhere in sight when XTR Pepo is involved. Below, Pepo himself gives us the backstory on the build. (Words by Pepo Rosell. Highlights by us.)

The Rocket project born because I tried to collaborate with Triumph Spain. That was not possible, so I decided to make a Triumph by myself. I found the donor bike at a old Triumph dealer in Madrid; the bike was completely disassembled because they tried to make a special bike but stopped the project. When I saw it in a corner of the workshop, I decided that was perfect for this new adventure…it wasn’t the typical and boring Bonneville that everybody makes! 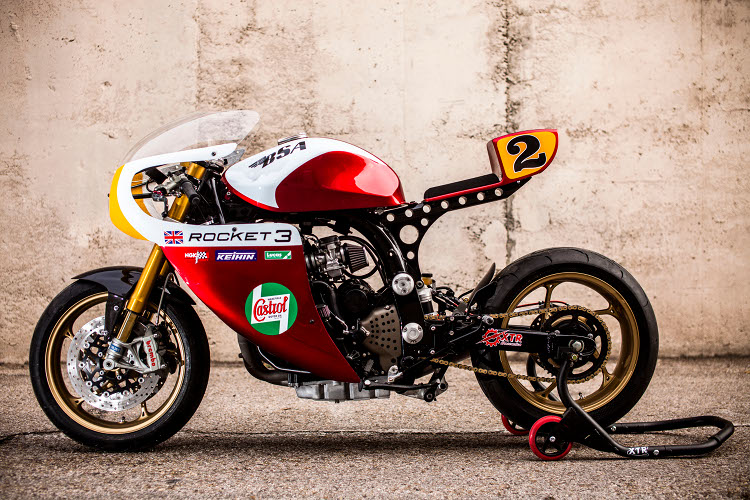 Why Rocket? In the late seventies Triumph and BSA were the same company (a kind of joint venture), and they designed a 3-cylinder engine to fight against the new Honda 750 Four that had just arrived, making an earthquake in the bike industry. The idea was to make a bike with the same engine but with two brands, making the development of a new bike less expensive. But…each brand make their own bike different. Triumph made the Trident and BSA the Rocket III. BSA is more eXTReme 😉

The Rocket is a tribute to the bike that won the Daytona 200 miles in 1971 ride by Dick Mann.