Bunker Custom Cycles turns a 2020 Monkey into a Gorilla…

The 21st century is seeing a resurgence in the popularity of mini bikes. The Honda Grom and Kawasaki Z125 have been hits on the world stage. In 2018, Honda unveiled a modern version of the original 1960s icon at the heart of the mini bike craze, the Honda Z50 “monkey bike.” The new Honda Monkey is powered by the same 125cc single-cylinder engine as the Grom, costs less than $4000 right off the showroom floor, and has the same fun factor as the original:

“The immediate riding impression of today’s Monkey is one of pure, visceral, monstrous fun. It’s a barrel of let’s-do-it-again fun…. It’s a little bike that makes every rider a kid.” —Cycle World 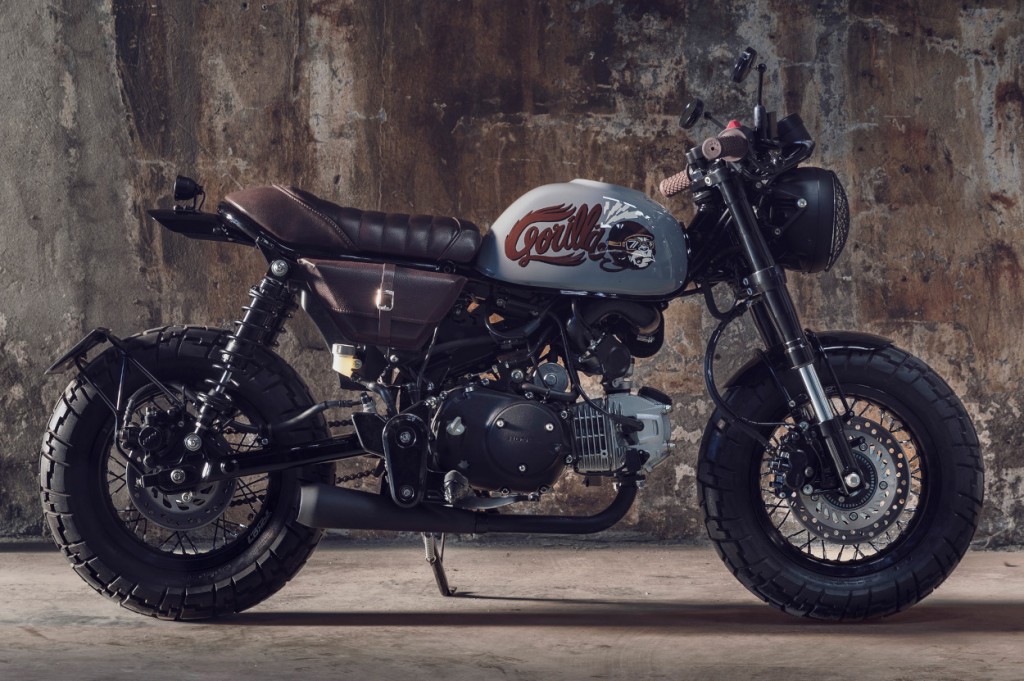 Enter Bunker Custom Cycles of Istanbul, a two-man workshop run by brothers Mert Uzer and Can Uzer, who built their first bike in the middle of the living room floor, a 1961 Triumph Bonneville. Soon, Can (an engineer and skateboarder) and Mert (an art director and designer) were hooked, building bikes for themselves and their friends until they went pro in 2009. In the last 11 years, they’ve racked up a ton of recognition, awards, and developed a line of Ducati/Triumph/Yamaha accessories in their online shop. The 2020 Monkey you see here, nicknamed “Bunker Kong,” was inspired by the owner’s initial fascination with mini bikes, dating back to the 1970s:

“On his first boat trip at the age of 8, Alp was spellbound by how captains docked their boats at the Vieux Port of Cannes and cruised the coast with their scooters and minibikes. At night he watched them ride up the gangway and store their scooters on their boats.” Forty years later, when Honda reintroduced the Monkey, Alp was both delighted and dissatisfied with the modern machine:

“Whether it was a nostalgic yearning for the aesthetics of his childhood or the way his taste was shaped over the years, he felt that the 2019 Monkey 125 lacked the retro feel he craved for.” 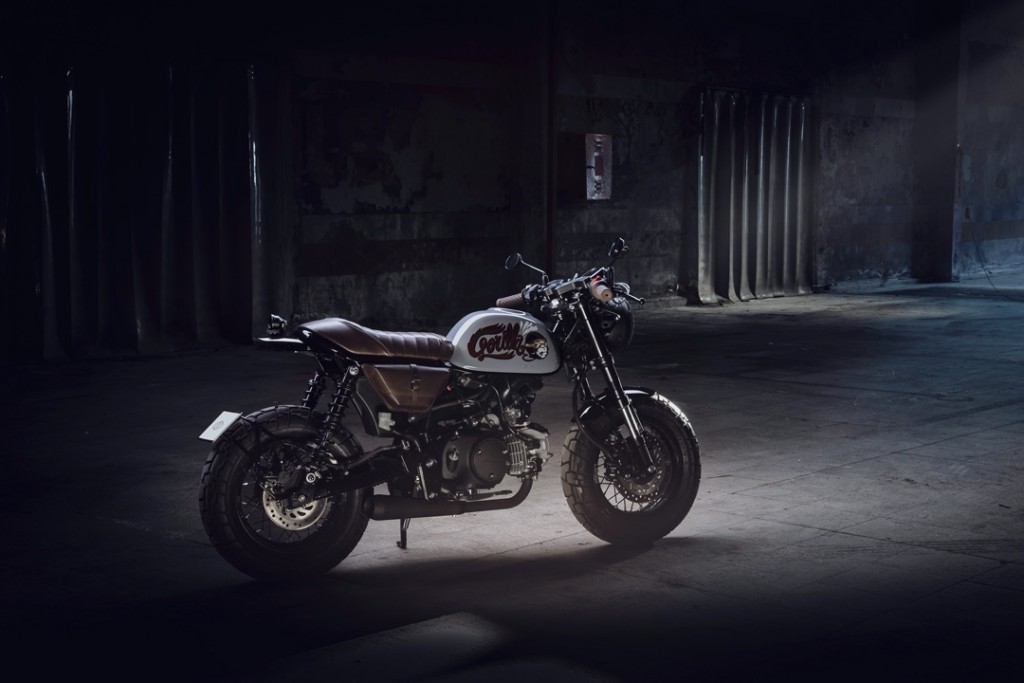 Fortunately, he knew just the duo to customize the new Monkey into a retro bike that he, too, could put on his boat for onshore excursions around the Greek Islands just like those heroic captains of his childhood! 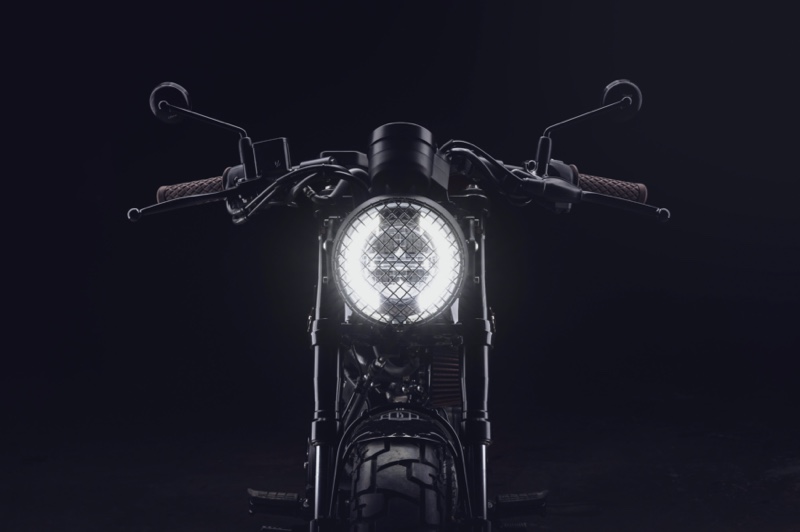 In terms of the bike’s bodywork, Can and Mert worked to give the Monkey the aesthetics of a normal-sized motorcycle, keeping everything in proportion.

“We left a few parts, such as a headlight, in stock size so that it’s not merely a scaling project. While doing this, a major visual clue was the horizontal dimension of the motorcycle.” 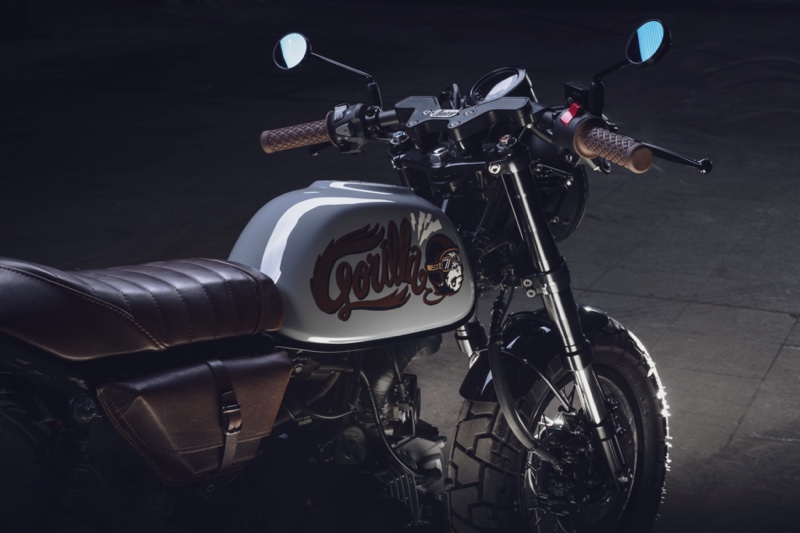 In order to give the bike a longer look, they used Racingbros sleeves and tubes, which allowed them to shorten the front by 6.5 cm. To boost the performance, they went with a Man in the Box intake tube, a DNA air filter, and a custom exhaust tipped with a Cone Engineering silencer, using a Bazzaz EFI auto-tuned with its self-mapping capability.

“This was the first time that we were using the Bazzaz kit, and we are quite impressed with the performance and the practicality of it. These modifications were essential to getting rid of the chunky airbox and the stock exhaust. As a result, the Monkey now has quite some punch for a 125 cc engine.” They found the front suspension quite springy at first, so they went with a Racingbros adjustable rebound and compression kit modified to fit the lowered front fork. 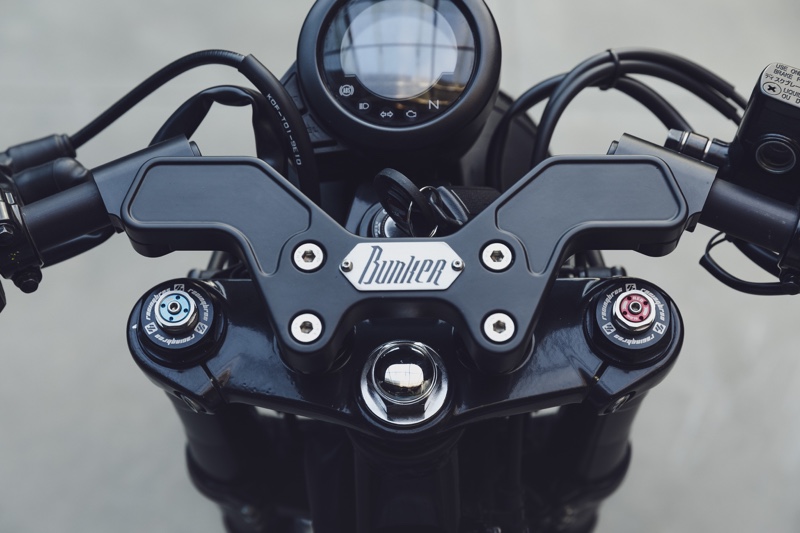 They swapped the original alloy wheels for 12-inch spoked rims, modifying the front hub to keep the bike’s ABS working, and fitted Racingbros shocks with adjustable compression and rebound out back. For a more compact look, they used Composimo handlebars, Puig mirrors and custom stems, and replaced the chunky OEM signals with Kellerman Atto signals, which are almost invisible when not blinking. Out back, a short custom aluminum mudguard and another set of Kellerman Atto signals were fitted. The license plate holder is custom-bent stainless, as are the front fender brackets, which hold a new aluminum fender. The seat and the bags, which provide extra storage, were all handmade by Turkish leather crafters. 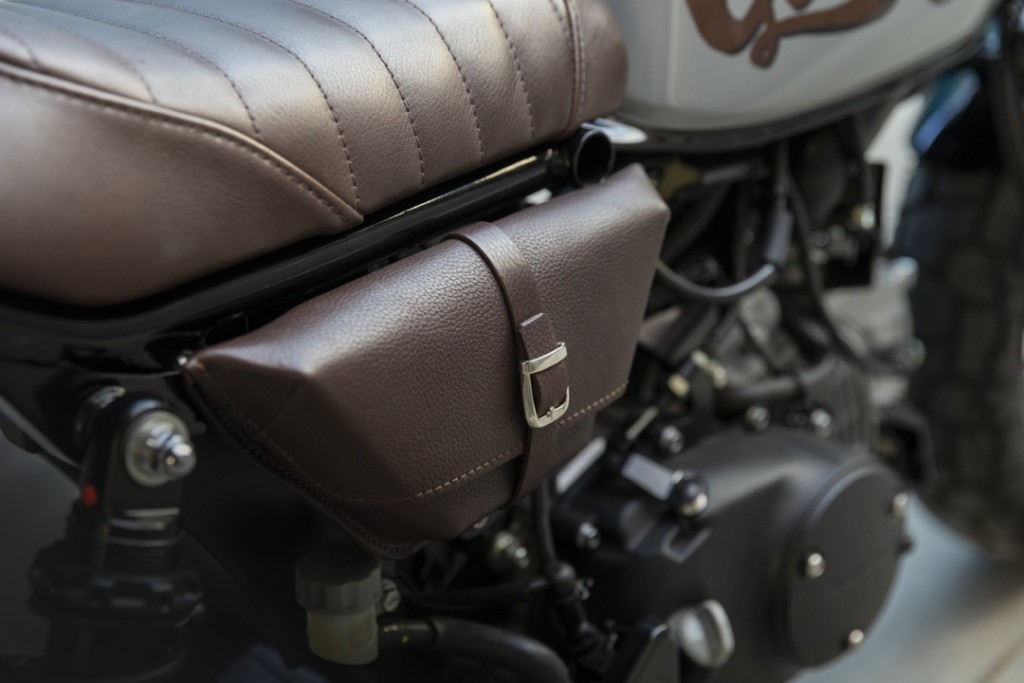 We especially love the gorilla illustration on the tank, which was designed in collaboration with and hand-painted by their friends at Flama Design House.