In 1969, Honda released the CB750, which was destined to become a landmark in motorcycling history. However, Honda has never been a company to rest on their laurels, and by the mid 1970s, they were hard at work on the CB750’s replacement. Fortunately, they went about the R&D for their new superbike in proper fashion: by going racing. In 1976, they rolled out their new open-class prototype road racer, the RCB1000, whose air-cooled inline four packed dual overhead cams, four valves per cylinder, and a 4-into-1 exhaust system. The DOHC engine would form the basis for the 1979 CB750K, CB750F, and CB900F models, and it showed remarkable promise:

“Long story short, the Hondas won every race on the Coupe d’Endurance calendar that year, including the coveted 24-hour Bol d’Or to easily wrap up the title.” —Motorcycle Classics 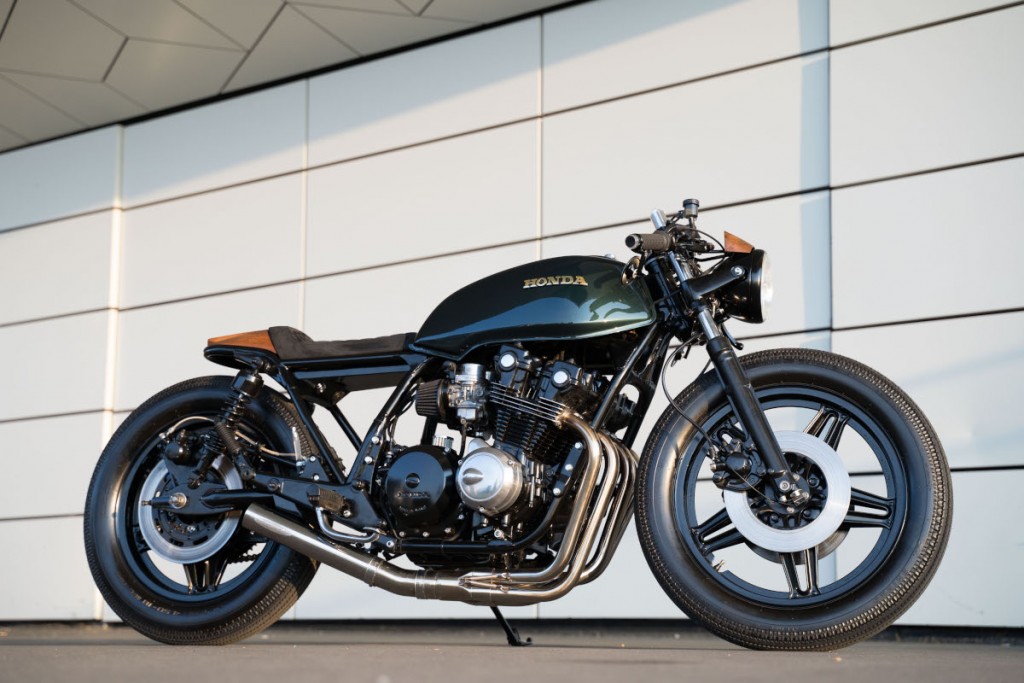 Bol d’Or is French for “golden bowl,” which is the prize given for the legendary 24-hour motorcycle race held in France since 1922. In honor of their racing success, Honda released the CB750 Bol d’Or variant, which was more highly tuned than the regular CB750F, boasting 7 more horsepower. Says Bonhams:

“Values of these twin-cam Honda fours are sure to appreciate significantly in the coming years, reflecting their status as the last of the classic air-cooled muscle bikes.” Enter Michel Szozda of Cool Kid Customs, several of whose builds we’ve showcased on BikeBound. Usually, CKC builds are instantly recognizable by their bright liveries, multicolored striping, and inspired idiosyncrasies, but as you can see, this 1980 CB750K Bol d’Or is another creature altogether. Low, dark, and sleek. It was built for a customer, Neo Cheung (@neochng), an Amsterdam-based UI/UX designer. Says Michel:

“I asked the customer to make a moodboard of stuff he likes (bikes, colors, shapes, materials, etc.). Photoshopped all the bits and pieces together so we had a rough idea of where we were going and started building his dream machine.” Michel says no part of the original bike was left untouched. The frame was detabbed and the subframe shortened. The forks were shortened and lowered, a new wiring loom created, the carbs tuned, LED lighting, and the new tank was painted Porsche green with gold details. The signature elements of the build, however, have to be the walnut seat cowl and matching headlight fairing. Michel says it was his first time working with the material:

“It was drawn 3D, then milled out of several blocks of wood.”

Aptly nicknamed “Black Forest,” this CB750F will surely be a striking vision on Dutch roads. Below, we talk to Michel for the full details on the build, along with additional shots from photographer Duy Vu Dinh (@vudinh.nl). It was built for a customer (Neo Cheung, @neochng on Instagram). I asked the customer to make a moodboard of stuff he likes (bikes, colors, shapes, materials, etc.). Photoshopped all the bits and pieces together so we had a rough idea of where we were going and started building his dream machine. Since the client wanted everything perfect, almost nothing was left untouched. We started by shaping the frame, shortening it, grinding off all the tabs, etc. Made a wiring tray, rerouted all the electric compoments, custom wiring loom, USB ports, fitted a smaller tank, shortened the forks, and then lowered them even more. 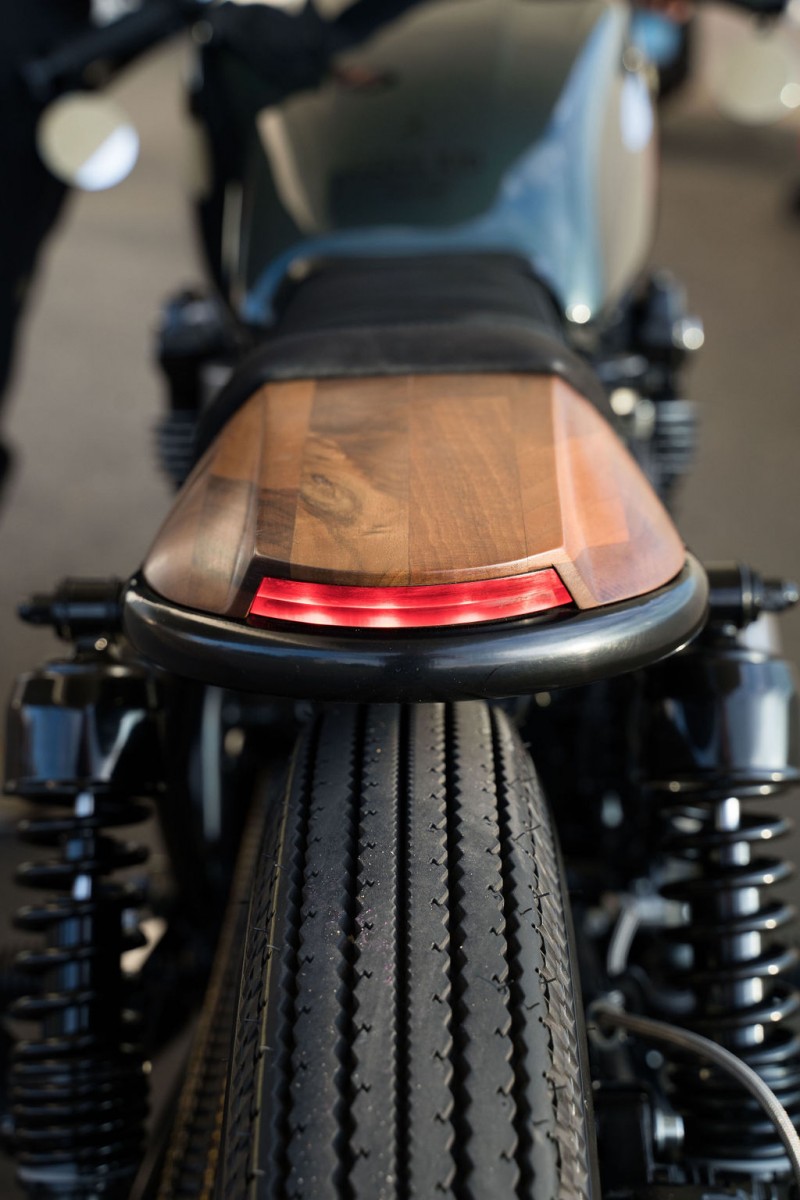 The engine was rebuilt by the previous owner, new pistons, bearings, seals, etc. (May have forgotten some parts.)

We named the bike: Black Forest. The bike drives and handles like a dream. Throttle response is much better than before. Smooth on the gas and in the corners. Really like the seat cowl. It was drawn 3D, then milled out of several blocks of wood. I also like the taillight. Never worked with that material before, and the wiring loom was a challenge…. I basically had to flip the front to the back and the back to the front. (Sounds easier than it was.)