In the world of high-powered Japanese restomods, one name has long stood apart: AC Sanctuary. Founder Hiroyuki Nakamura opened his shop in the 1990s. Since then, they’ve built a global reputation for producing air-cooled monsters that combine the spirit and silhouette of their original donors with a host of modern performance upgrades. 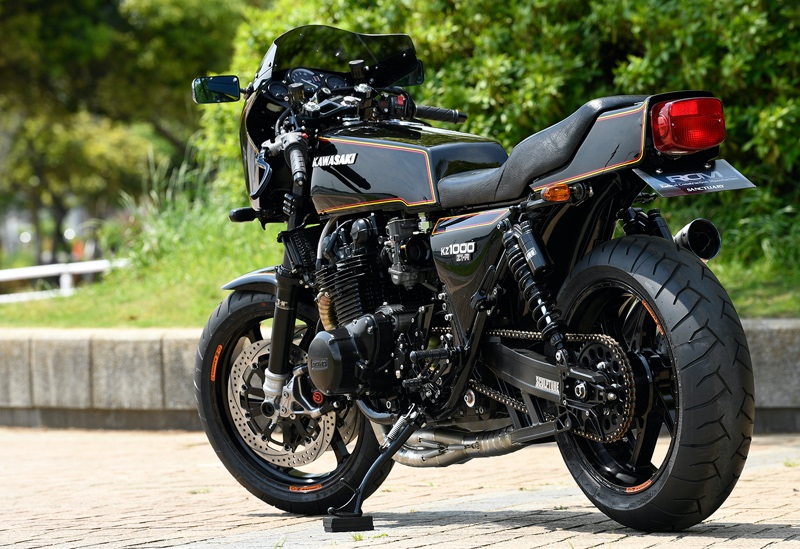 “An R.C.M. is a truly complete bike, born from the passion of mechanics with no regard for cost and using true tuning techniques. With the right parts for the job and your choice of material, plus procedures which are guaranteed to be safe, you can fulfil your dream of yourself as a rider with a fully order-made bike that has been set up with high standards of techniques, that looks good, and that is high-quality and fully reliable. R.C.M.s have been totally coordinated at a high level. There is true beauty and skillful function in even the smallest details.” –Motorcycle.com When the 903cc Kawasaki Z1 was introduced in 1972, it was the largest, most powerful DOHC four-cylinder motorcycle ever produced. That year, the bike set an FIM / AMA 24-hour endurance record, covering 2631 miles at Daytona at an average speed of nearly 110 mph. The Z1 earned MCN’s Machine of the Year award for four straight years, and helped set the template for the next decade of superbike design. Over the course of many years, AC Sanctuary has honed their ability to get the most from the Z platform. However, Nakamura fears the market for suitable donors is drying up:

“Z series bikes are popular in countries such as the UK, Germany and Australia. It’s became difficult to find a bike in good condition, and even vehicles with severe damage are being sold at high prices…. I predict that in the near future, we will enter an era where even if we want to realize it, it will be impossible. Because of such times, I want to make my dreams come true.” The list of upgrades to this Z1-R is nothing short of staggering, reflected in even the smallest details. Highlights include the Öhlins front and rear suspension, Brembo brakes, Sculpture braced swingarm, 17″ OZ Racing ZRX1200 wheels, and Pirelli Diablo rubber.

The engine has been overhauled with a new ignition, intake, exhaust, 11-inch oil-cooler, and high pressure oil pump.

“The parts for the ideal figure, shape, and running performance were reviewed many times from the beginning, but that’s the nature of a built-to-order custom.”

What’s more, we may be in the twilight of the Zed restomods, making this RCM Z1-R that much more special.

“From now on, even the makers can no longer predict how many Z series RCMs will be produced. What I can say for sure is that in the not too distant future, it will be impossible to prepare a complete bike from a base bike. It is possible if you bring your own donor, but in the end it will be difficult because the number of used bikes is decreasing…. It’s a natural thing because it’s a vehicle that was discontinued 50 years ago.”

Nakamura says that although the market has reached a difficult phase, AC Sanctuary will continue building and modifying air-cooled Z bikes as long as they can, making the most of their tuning know-how. 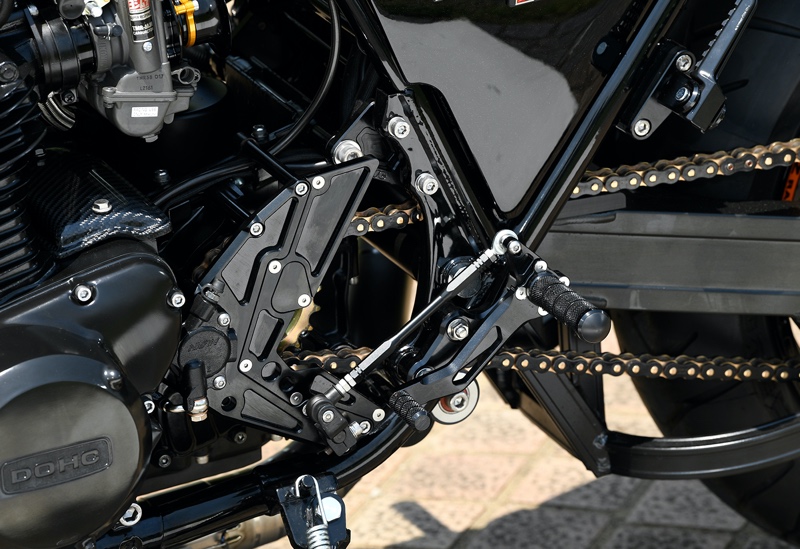