The motorcycle in Jurassic World is a Triumph Scrambler. The Scrambler was designed for the 2006 model year by premier motorcycle designer John Mockett. It was based on the Triumph Bonneville. Let’s look at some of the similarities and differences.

The Scrambler was the last bike designed for Triumph by Mockett and was created to be a Bonneville with off road styling. Unfortunately, the styling is misleading as the bike has very limited off road capability. Other than the base Bonneville, the Scrambler has design inspirations from the TR6C Trophy Special from the late ’60s and early ’70s, the most obvious being the high stacked twin pipes with crossover headers.

The Scrambler is powered by the same 865 cc parallel twin that you will find in the Bonneville. Triumph did change the engine slightly by using a 270 degree crankshaft from its America cruising bike. Originally, the 865 was fueled by twin carbs that were slightly tuned down to add torque at lower speeds, giving it a max torque of 51 lb-ft at 5,000 rpms. After 2008, multipoint sequential fuel injection was added, requiring a larger fuel tank to house the pump unit. The throttle bodies were designed to look like carburetors to perpetuate the retro look of the bike.

The Scrambler features wide handlebars and a high seat, along with twin Kayabe rear shocks. The small amount of off-road ability of the Scrambler may come from the 120 mm of travel in the front Kayabe forks, a skid plate, and the off-road tires that are standard. Not really much, is it? 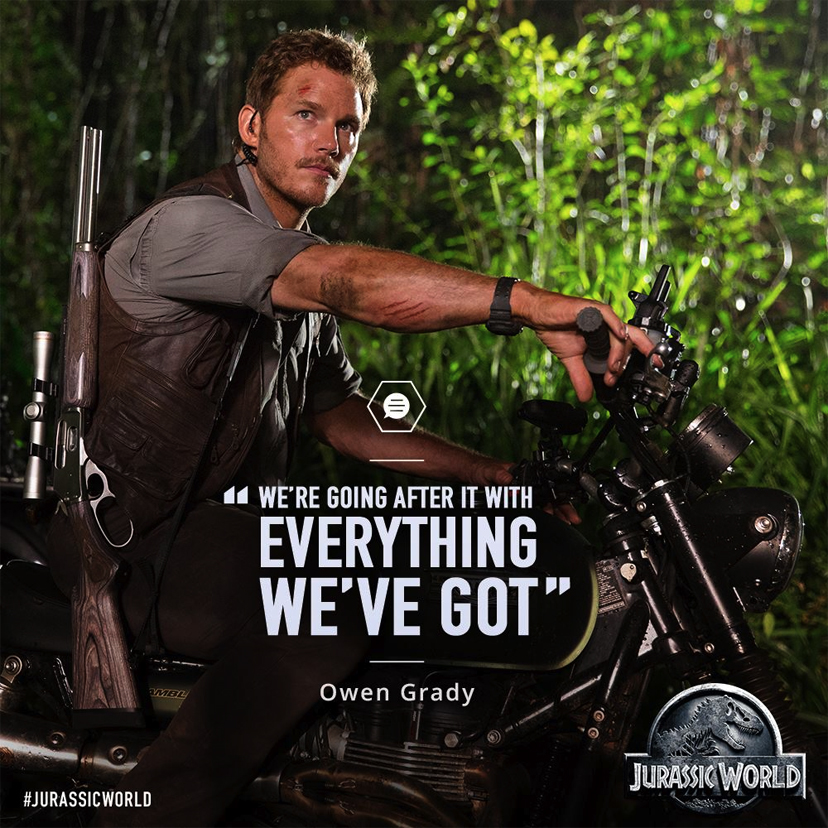 Overall, the Triumph Scrambler in Jurassic World is ridden in a deceiving way. The bike would never endure the off-road riding that it is portrayed in the film. Then again, it is being ridden next to some dinosaurs, making the whole concept unbelievable, so why insert a single ounce of reality? The Scrambler would fit your needs if you are looking for a dirt bike look, but know you will remain on asphalt most of the time, making it a great fit for the asphalt adventure class of bikes that is emerging around the world.