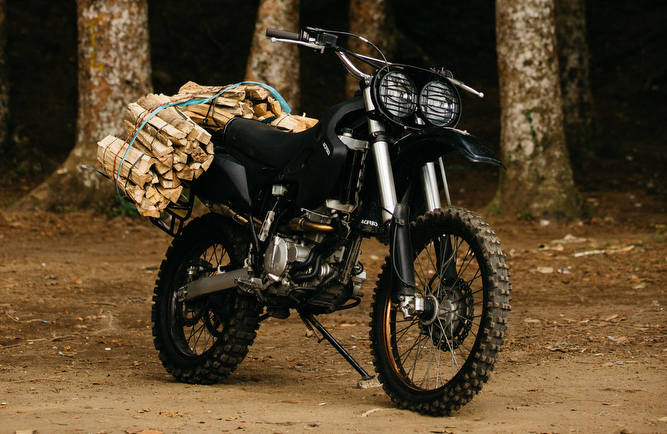 Thomas Edwards, the founder of Peloton Supershop, found his love for motorcycling after moving to Bali, where the long stretches of beach and jungle trails begged to be ridden on two wheels. His workshop is a small Benkel container in the heart of Denpasar, where he works on bikes with his friend Sinyo. 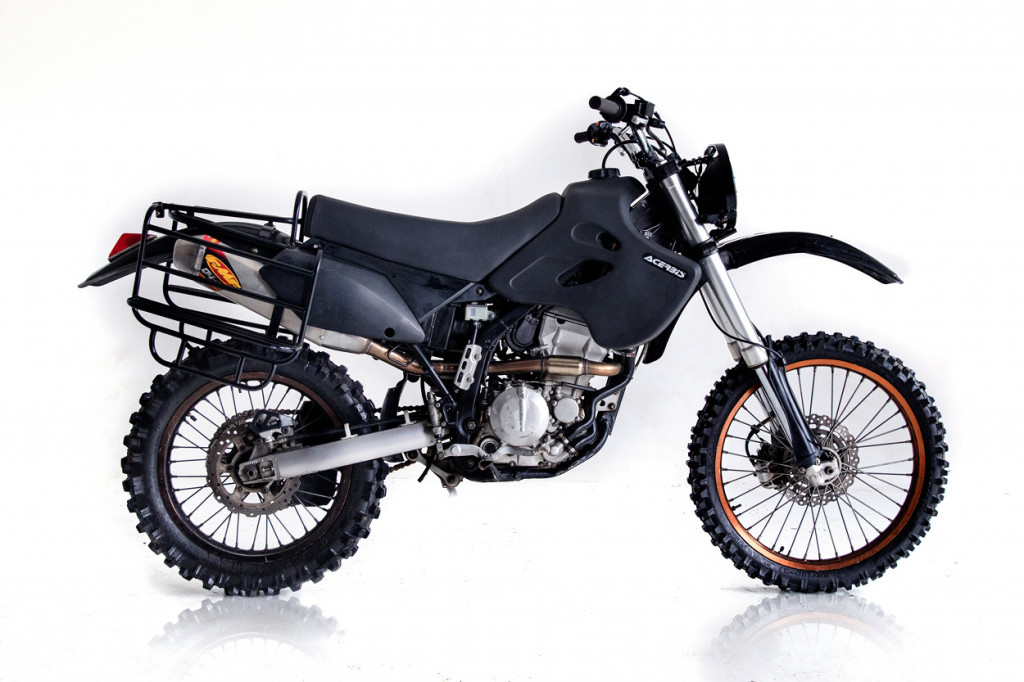 While his daily rider is a two-stroke Yamaha DT with an RXS motor, Thomas soon decided that he needed a more purpose-built platform for his longer trans-Indonesia travels, which you can follow via Trans Matahari. After much deliberation, he decided on a 2013 EFI Kawasaki KLX250 as his base. From there, the mission was to make the bike capable of long rides off the beaten path, where the myriad threats/thrills of breakdowns, darkness, fuel depletion, and more must be taken into consideration.

The result is a rugged 250cc dual-sport adventure machine, which Thomas describes as…

We definitely couldn’t have said it better ourselves. Below, we get the full details. 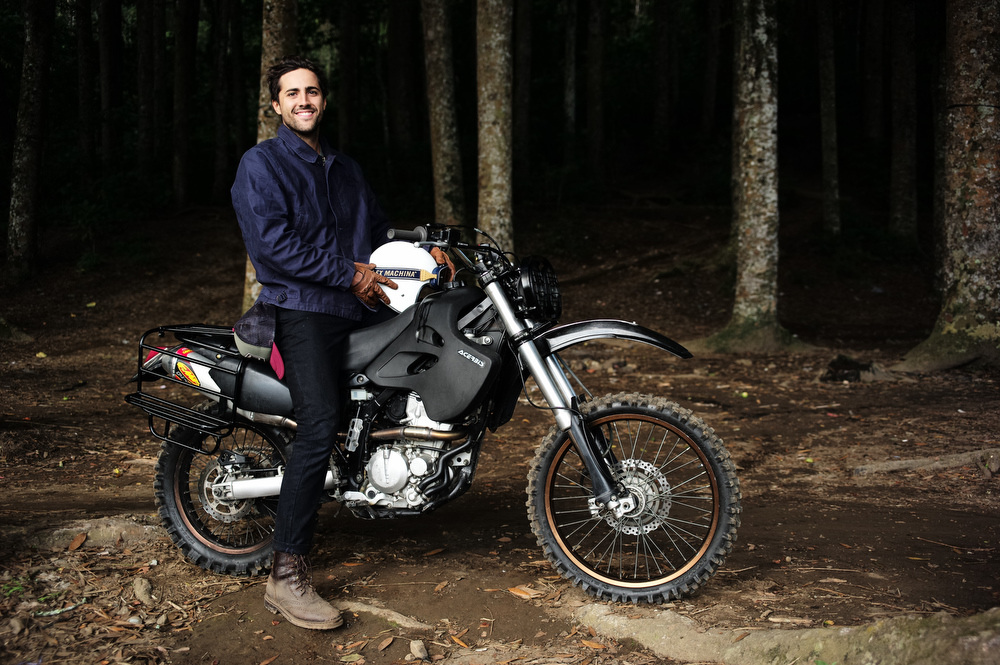 (Answers by Thomas Edwards. Highlights by us.)

My name is Thomas, I’m 25 and grew up in the southwest countryside of the UK. My current base is in Bali, Indonesia. This is where motorcycling really began for me, with vast open stretches of beach, dense jungle trails and mountain roads. It was hard not to pick one up. I spend most of my days flying around on a DT with a Yamaha RXS engine — nothing like a 2-stroke to get your heart going. I didn’t really have much of a background with motorcycles but my father use to ride a lot when he was my age. His first bike was a 1975 Suzuki 250 ram air then later a BSA 350 goldstar so a part of me wanted to see what it was all about. My current workshop is a small Benkel. It’s pretty much a hole in the wall. There is enough room for a toolbox, welding station and well a bike…it’s located in the heart of Denpasar where myself and a good friend Sinyo can really get to work.

This build was personal project. After browsing for bikes to tour Indonesia on, I started to find that there were few bikes set up for the kind of travel I want to do, right out of the showroom. The decision to build a KLX 250 for Indo was an idea I have had for a while. I wanted to re-build a classic and turn it into something that could hit any terrain in true Baja style, capable of smashing long mileage but also perfect for that weekend ride in the sticks. I spent a lot of time thinking of base bikes to use and though when the time comes to finding replacement parts in remote places, having a bike that has been around for a while becomes critical, the longer your bike has been around the better your chances of finding spare parts. The KLX remained basically unchanged from 2006 to 2016 and this made finding parts really easy and kept cost reasonable. Before getting started I spent a few summer months blasting around Bali trying to figure out what changes were needed. The list was pretty basic:  stronger sub frame, more petrol, more comfort, and a good solid luggage mount. I started by ripping off everything on the bike, leaving only the wheels, engine and frame intact. The Tank – Fuel range was a pretty big deal for this build,. The more fuel you can carry the further from the beaten path you can get and the more you will see and ride. I wanted the bike to have sufficient mileage but also keep to simplicity. I chose to use a stock Acerbis fuel tank. With this I can get around 3.7 Gallons per full tank. Overall I felt this would give me more than enough fuel supply to get out of any trouble down the road. The only problem I had is that the Acerbis tank was actually made for a much older carburetor version of the bike and our engine was actually from a 2013 model that meant it was EFI. After testing our idea in an Evian bottle, we built an external custom housing for the fuel injector (left side behind the grill) which would then be attached to the tank through its choke lever. After multiple tests, we found it worked perfectly and went ahead with welding and fitting the fuel injector to the engine frame. Seat & Exhaust – Sinyo put some nice work into the seat which was made thicker and wider for longer days in the saddle. Once that was finished he attached the new exhaust system which was made using the FMF Q4 with a Powerbomb header. Dual Lights – I bought the dual Hella 500 black magic headlights. I didn’t plan on riding at night, but I want to be prepared for it if it happens. On many occasions over weekend rides I always found ourselves riding down shitty gravel roads in the dark. Lots of things can go wrong and good lights are critical. I made sure they use common replacement bulbs & have welded a frame to shield the lights from any breakages and made sure to install rock shields. Front and Rear fenders – For the rear I took a stock Acerbis rear fender and attached a Honda XR600 rear tail light to it. I wanted it bright as possible, as it’s critical for being seen from behind. For the front we finished the front fender with a detailed alloy finish. Rear pannier racks – we came up with a simple design for the racks, I was able to fit my wolfman pannier bags to it along with a poncho & a tent. I have also made surf racks but they can be taken off whenever. hmmm hard one, I would probably describe the bike as an off-road volcano smashing, river-bashing Sherpa.

The EFI housing. I went through a slightly mental stage starring at a blank wall for days wondering how we were going to make it work. I definitely wouldn’t of been able to do it without Sinyo; he has crazy skills and can weld like a mad man. I’m also stoked on the fender finishings.