Crazy Garage of Busan, South Korea, has been turning out race-oriented builds for over a decade. Founder Chi-hyun Kim says most of their bikes are built for the “racing circuit or winding road.” This 2000 Harley-Davidson Sportster 883 is no exception. While the bike began as a run-of-the-mill tracker-style build, the project evolved when the customer decided to participate in an amateur road race at Korea International Circuit (KIC) — about 400 kilometers south of Seoul. Obviously, this made the project much more involved, with things like an oil cooler installed behind the front number plate and race-tuned suspension. Below, we get the full story on this staggering build. I am Chi-hyun Kim, who runs Crazy Garage in Korea. This workshop has been open about 10 years now. The concept of the shop is mainly that of making bikes that can be enjoyed on the race circuit or winding roads. But we also make choppers and simple scramblers. It was a request from the customer. In the beginning, it was a simple tracker style production. However, the concept was changed during the build to participate in amateur racing (KIC Circuit). It is a tracker style that focuses on on-road riding. Just like super motard.

It was influenced by the XR750 racer. But I wanted to make a difference in the exterior and exhaust design. It’s similar but different. 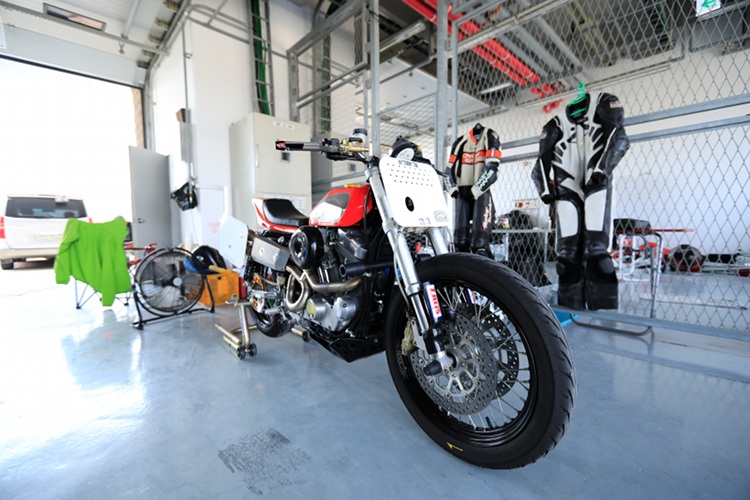 It seems to be close to the Street Tracker style. I am glad that the owner was able to participate in the race, although he did not get to the podium. And it was a fun work to make the exhaust vent and place the oil cooler behind the front number plate.