“Black, black, and a lot more black” — one mean thumper from Colombia.

The Sotomonte brothers of Colombia’s Ace Custom Shop founded their workshop in 2013 along with friend Andrés Cabrales. Though they build everything from salt racers to table lamps, they specialize in motorcycles. Recently, we featured the shop’s Yamaha WR250 tracker, which won the races at the Custom Built Show, competing against a field of high-powered bikes.

Now the crew is back with this blacked-out Honda XR400 custom. The client’s design brief was simple — “mean” — and the Ace Custom crew was happy to oblige. The air-cooled XR400R was introduced in 1996 as a dirt-only model and was heavily modified and raced. In 2005, the model was replaced with the XR400M, which has a similar engine but is sold as a factory motard with slightly less horsepower. Ace Custom Shop managed to transform this reliable but staid motard into one of the meanest trackers / scramblers we’ve seen, along with some electrical and maintenance help from Andrés Cabrales and Bmotos.

Below, we get the full story on this staggering build. Mean, that was the client’s brief. We really enjoyed this project’s build.

Completely disassembled, restored, and put back together with madness. This bike got the look of a post-apocalyptic bike, but without the rust — a cosmopolitan touch for the capital city. 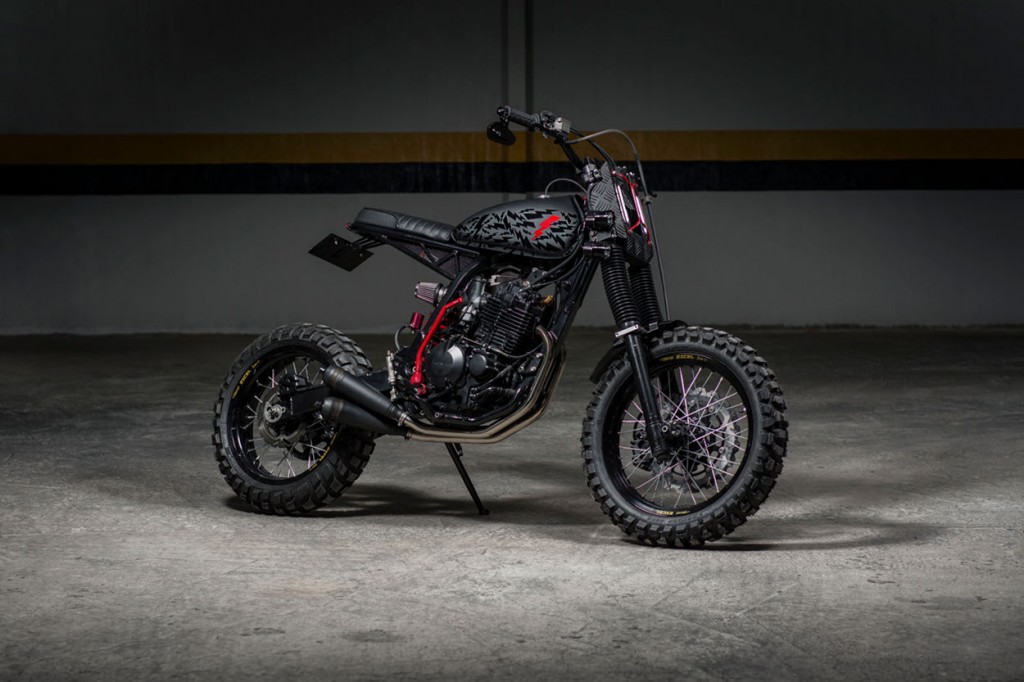 The front was designed for visibility and functionality, giving the bike a big part of its personality. Completely built subframe, seat and wiring. Thanks to that, we could fit a Motogadget motoscope mini and things like turn signals and a pair of foglights — slightly important stuff to run the bike in the streets. The tank, coming from a Yamaha DT250, is small but makes the engine look a lot better. It’s painted matte black, with gloss black accents and a red touch that goes great with the black in the tires, chassis, seat and other details — black, black, and a lot more black. 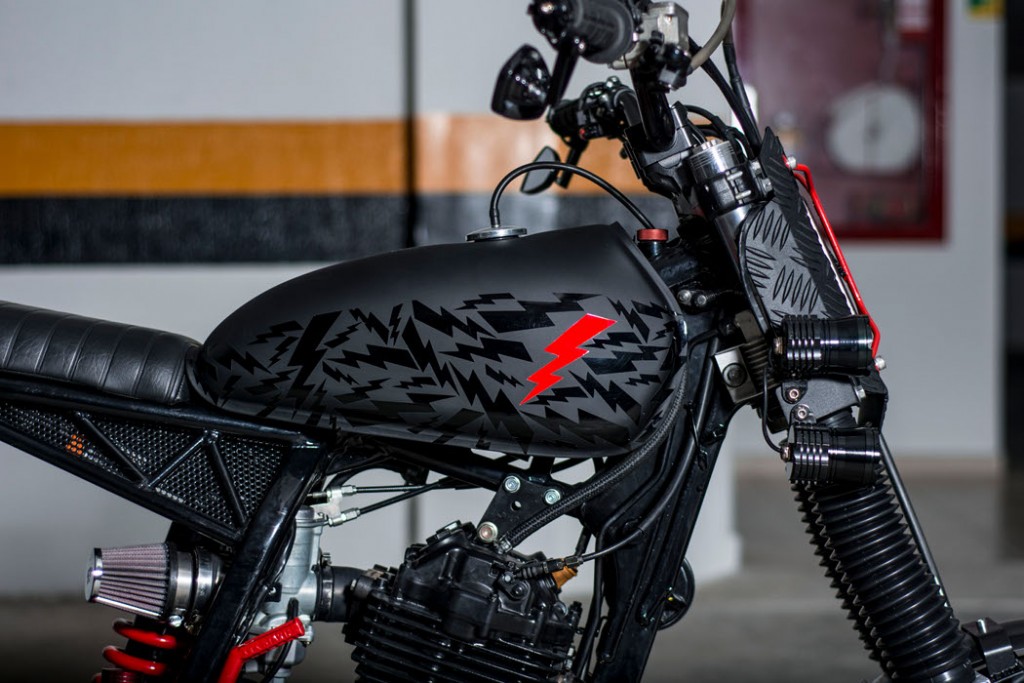 Finally, what didn’t get changed was restored. A great old bike with a new life, ready for everything.