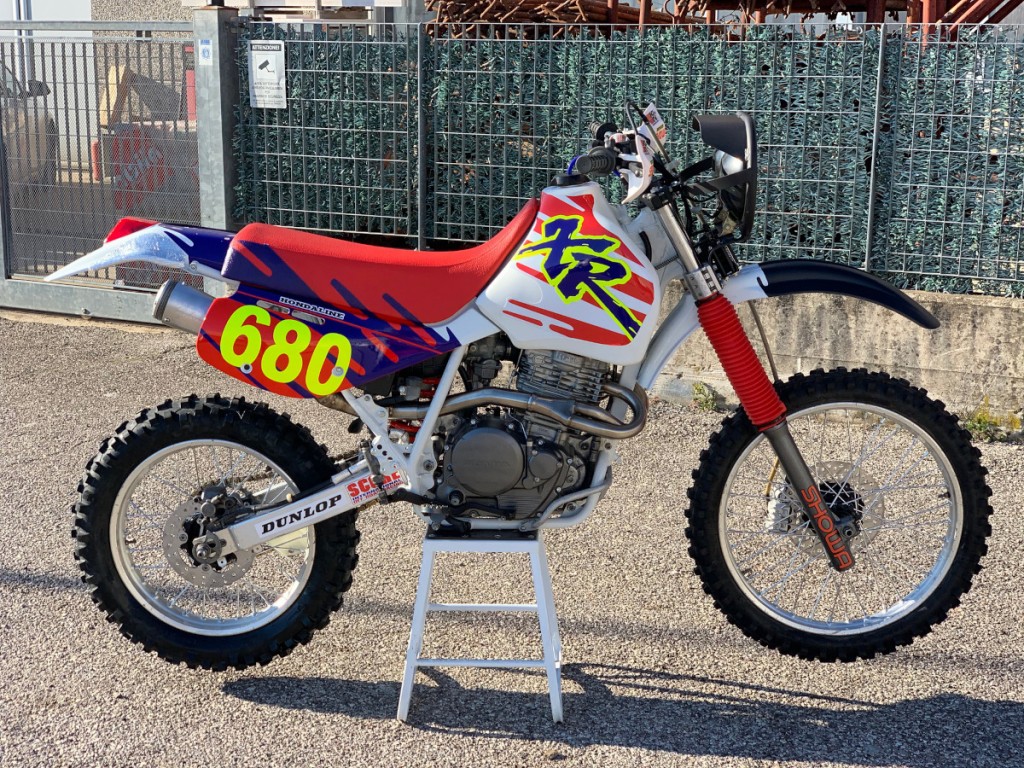 One man who has a special passion for Honda’s Big Red Baja machines is Matteo Gualandi of Italy’s GPgarage Moto. His workshop focuses almost exclusively on Honda off-road bikes, racing a pair of modern machines in the Italian Rally Championship, but Matteo’s passion for the old air-cooled Honda machinery burns bright, as evidenced by his Honda XR628R Johnny Campbell tribute, which we featured last year. Now Matteo is back with his latest Baja build, a replica of Honda’s 1994 XR680R Baja racer.  Since there’s scant information available online about Honda’s Baja XR builds — especially as the team worked to keep certain developments under wraps — Matteo relied on his collection of old magazines, photographs, and articles to piece together the build.

Custom work on this 680cc beast includes bespoke triple clamps, headlights, oil cooler kit, oil tank, custom Supertrapp exhaust, and more. While the XR680 failed to take victory in the 1994 edition of the race, which ran a Mexicali-Mexicali loop — it was an incredibly potent weapon, and one development step closer to Honda’s Baja supremacy. Below, we talk to Matteo for more details on the build! I used all the info and photos I could find from old magazines, and the few online photos. [Editor’s Note: Below are some of the photos of the original from the Honda Museum.] Never used yet; I finished the bike just before a national bike expo.