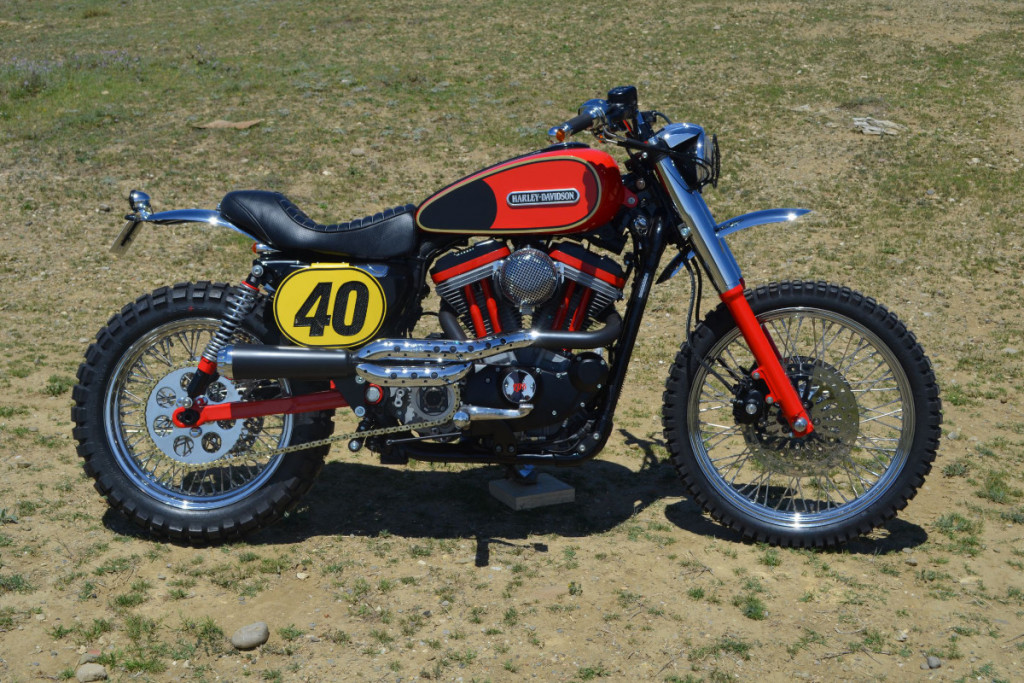 Two of history’s most famous Spanish motorcycle marques are Bultaco and Montesa. In 1944, Pere Permanyer and Francesc Xavier “Paco” Bultó formed Montesa, achieving success in the International Six Days Trials and Isle of Man TT. However, in 1958, with Permanyer wanting to pull out of racing due to a slump in the Spanish economy, Bultó left to form a competitive motorcycle company, Bultaco, which would produce some of the most iconic trials, enduro, and flat track machines of the 60s and 70s.

Fast forward 65 years, and Francisco Ali Manen is the head of one of Spain’s foremost custom shops, Lord Drake Kustoms (LDK) of Malaga. Fran cut his teeth as a mountaineer and pioneer of “vertical work” on high-rise buildings before opening his workshop. He gained success as the champion builder at Daytona Bike Week, the European H.O.G. Rally, and the prestigious Rat’s Hole Custom Bike Show. He even built a bike for fashion goddess Agatha Ruiz de la Prada! Over time, however, he and his team began to grow bored with the customizations they were seeing and being asked to do:

“It seemed only the typical motorcycle customs were coming out, consisting of Harley bobbers or customs of the most traditional style.” So they started to innovate, producing stylish, atypical Sportster scramblers like the “Bultracker” Bultaco tribute we featured last year. The build was polarizing, with some folks appreciating the stylistic nod to the old Spanish marque, and others feeling the Sportster was too big, too heavy,  and too American as a tribute. Either way, the bike generated a lot of commentary, which is one of the great functions of art, even of the two-wheeled variety. Now LDK is back with a Montesa tribute Sportster, this one built from an 883 donor. The most obvious nod to the Spanish brand is the red color scheme and yellow enduro-style number plates.  Besides that, the bike is sporting 21/18″ spoked wheels, chrome fenders, chain-drive conversion, headlight grille, enduro-style bars, and other scrambler / vintage enduro bits. The result appears very much as something of an oversized V-twin vintage enduro, sure to turn heads wherever it goes. One thing is sure: there won’t be anything else like it on the road.

Bultracker 40: In the Builder’s Words… The “BULTRACKER 40” is a Montesa tribute Sportster 883 scrambler, built in the Harley Davidson workshop in Vélez Malaga (Spain) by Lord Drake Kustoms.

At Lord Drake Kustoms, it was clear to us that we must continue to innovate in the world of custom Harley-Davidsons. It seemed only the typical motorcycle customs were coming out, consisting of Harley bobbers or customs of the most traditional style. Therefore, after making the Bultaco tribute with a Harley-Davidson Sportster 1200 base, Francisco Ali Manen decided to pay tribute to the other great Spanish motorcycle brand, Montesa. We don’t care if Harley customs or Japanese cafe racers are what’s in fashion. The colors of this transformed Sportster 883 scrambler were typical of Montesa motorcycles from the 70s: Red for the fuel tank, and the side numbers are made by hand in yellow metal. And thanks to the chrome service we have, we were able to install these chrome fenders made by LDK. All this was accompanied by an RSD 2-in-1 exhaust, an air filter of the “Drag” type, a 1-inch BMX-style handlebar, headlight grille, and many other elements such as scrambler tires. In addition, 80-spoke wheels were installed on this custom Sportster and braking was improved, as a front double disc system was installed from a Harley Davidson Sportster 883R. This Sportster scrambler, built in our Harley custom workshop in Malaga, ended up (thanks to our motorcycle transport service) in the city of Conglenton (England), where its current owner rolls along its beautiful roads. Remember that Lord Drake Kustoms exports and ships custom motorcycles worldwide!