The Honda Goldwing may not seem the ideal candidate for a cafe racer build. After all, the big shaft-drive machine has become the king of long-distance tourers — a machine intended for eating up long stretches of straight highway, not scraping pegs through the twisties or short-distance sprints through town to your coffee shop.

However, the early models — especially the four-cylinder GL1000 and GL1100 — are becoming more popular for cafe conversions, as builders reveal the burly beauty of these highway cruisers when they strip them down and lean them out. Plus, you might be surprised at the performance of the big Goldwing. Believe it or not, the original 1974 Honda GL1000 — powered by an 80-hp flat-four — was second only to the mighty Kawasaki Z1 in the quarter mile that year!

Below are some of the Goldwing cafe racers we’ve featured! 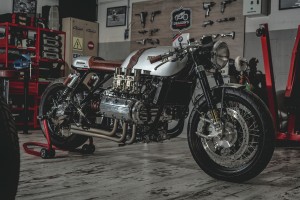 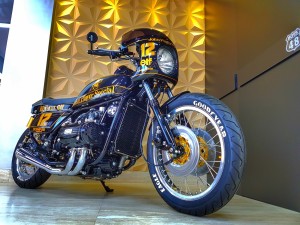 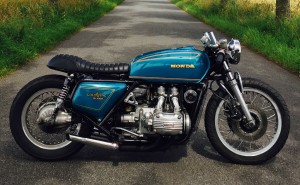 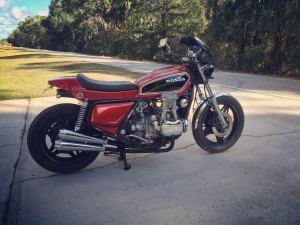