The Suzuki DR650, introduced in 1990, has established itself as one of the world’s best all-around, go-anywhere motorcycles. The big DR is near bulletproof, developing a solid 46 hp, while the air/oil-cooled engine is counterbalanced, making for smoother cruising at highway speeds. While the bike is a bit a large for single-track woods riding, it can tackle nearly any type of road or terrain with ease — dirt, gravel, sand, mud…and not break down in the process.

Typically, dual-sports like the DR650 are fairly affordable to insure…especially compared to sport bikes. That said, rates are highly variable from company to company, so it’s important to compare rates and policies before you buy. Fortunately, we can help. 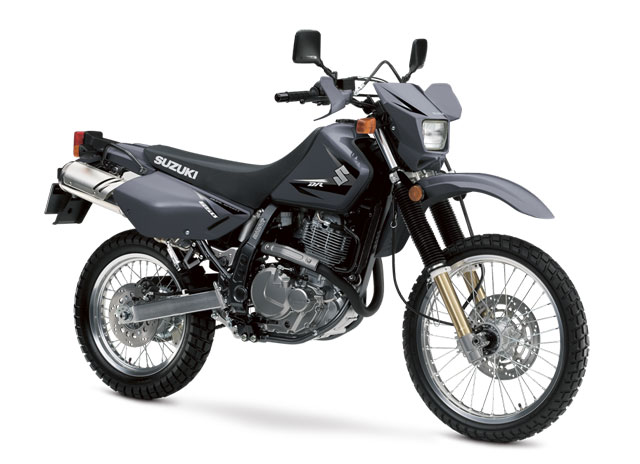 Rates vary — often significantly — not only from company to company, but rider to rider. The variables are nearly endless: rider age, driving record, location (down to zip code), marital status, credit score, and of course the age of the DR being insured. That said, we gathered some real-world rates from DR650 owners to give you some idea what to expect.

As evidenced above, rates vary substantially — especially if you don’t work with a company interested in insuring motorcycles. Said one rider:

“My regular insurance company does not like to insure bikes, they will, but for a price. That price was about $1,200.00 for my DR.”

As you can see, it’s important to shop rates among several different insurers — otherwise, you could end paying more than necessary month after month, year after year. Fortunately, we can help you compare rates from motorcycle insurers in your area. Enter your zip code to begin.

The successor to the DR600, the DR650 has been in production for nearly three decades, establishing a reputation for rugged dependability in the dual-sport market. Over the years, it’s been known as the DR650R, DR650SE, and currently the DR650S — but the basic design of the machine has remain relatively consistent. Says Cycle World of the machine:

“Not only is the SE’s counterbalanced engine noticeably faster, torquier and smoother than the big Singles powering its closest competitors (Honda’s XR650L and Kawasaki’s KLR650), it has a reputation for being downright bulletproof.”

While the DR650 won’t win any woods races, the bike can tackle just about any kind of road or terrain you throw its way, embarrassing some expensive adventure bikes in the process. The engine makes 46 horsepower and the bike weighs around 366 pounds fully fueled. Some riders have been worried about the bike’s 34.8-inch seat height, but lowering kits are available straight from Suzuki and aftermarket providers. In most US states, you’re required to carry a minimum amount of liability coverage — the insurance that covers damages to third parties in an accident, not you or your bike. Some owners — particularly those with older DRs bought on the secondhand market — opt for liability-only coverage, which is typically the least expensive option.

Probably the most sensible approach is to compare the cost of liability and full coverage, then make the choice that best suits your budget, riding style, and the value of your DR.

For the best deal on coverage, you have to shop around for coverage. Fortunately, we can help. Enter your zip code to get quotes from different companies that insure motorcycles in your area.