We love featuring bikes from big, well-known shops, but there’s something truly special about customs crafted by individual builders in their personal garages or sheds.  This the essence of the #builtnotbought mentality, and if you ride a bike your built yourself, you know there’s really no feeling like it.

Mark Alderfer of Pottstown, PA, is one of our favorite individual builders.  We recently featured his Suzuki GS550 tracker, a bike of incredible lines and detail. Mark is back with his bratstyle 1978 Honda CB750.  We’ll let him take the mic from here. I bought the bike as a non runner from a friend for cheap. I had planned on putting GSXR wheels and suspension on it that I already had. I then found the Road King wheels on craigslist and the direction for the bike changed. I had the front wheel narrowed to fit the GSXR forks and went from there.

I used a gs550 swing arm I had because it looked cleaner that the 750 arm and it’s an inch longer. The neck and engine cradle is the stock frame and I built the back half of the frame.

The rear shocks are Harley FL, the tank is a virago tank that I narrowed, and the rear fender is a piece of a 34 spare tire ring. I made the oil tank out of 304 s/s, and I made the seat and had it covered by a local guy.

It’s kick-only with a bare bones wiring harness. I had trouble getting it to run right but now it’s dialed and in fuckin awesome. 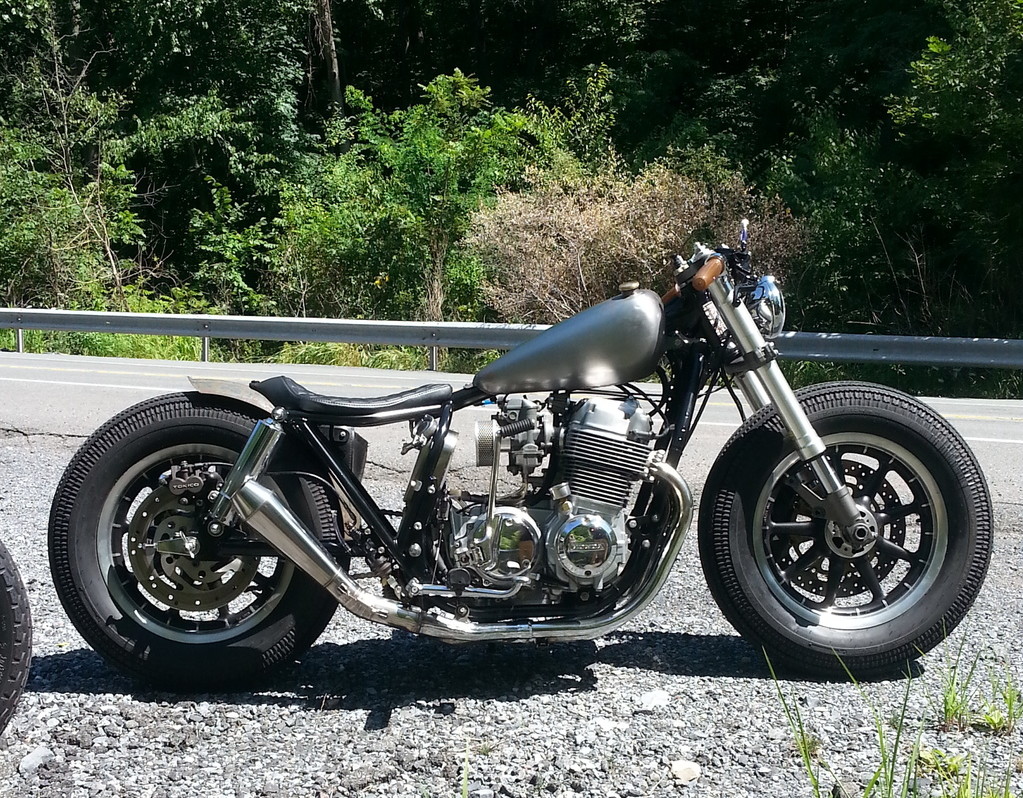