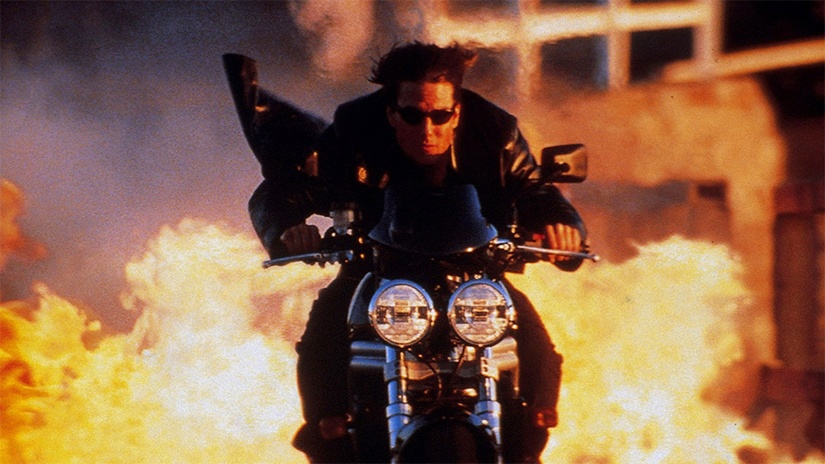 Mission: Impossible 2 came out in 2000, starring Tom Cruise as Impossible Missions Forces (IMF) agent Ethan Hunt, who must track down a biological weapon known as “Chimera.” The film, directed by John Woo, was the highest-grossing film of the year 2000.

Though the plot and dialogue were subjected to criticism, the action sequences were widely lauded. The most memorable is the motorcycle chase / duel late in the film, rife with stoppies, wheelies, jumps, and dirt action. 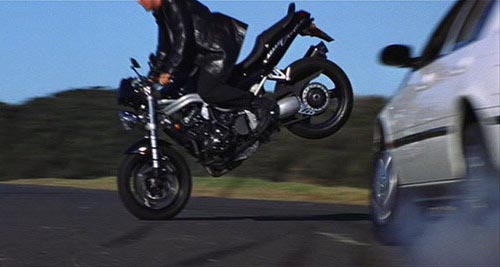 There are two motorcycles involved, both Triumph models:

While the two-wheeled physics of the action leave much to be desired, the scene certainly introduced a broader audience to the “bug-eyed” beauty of the Speed Triple. Knobby tires were installed in order to handle the dirt scenes — tires which can be seen in stills from the film, as well as photos of the actual Speed Triple stunt bike on display. 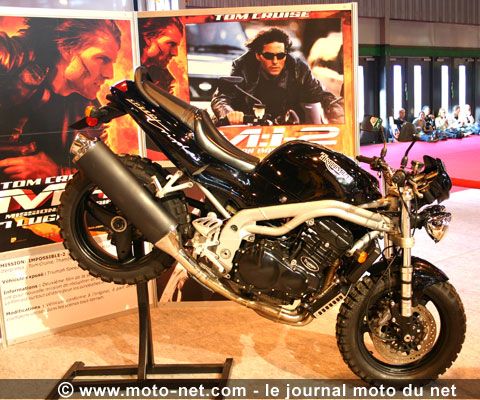 This is the black naked bike ridden by Tom Cruise’s character in the film. Some sources have reported the bike as a Speed Triple 955i — however, the black wheels and cursive quarter panel script indicate the bike is an earlier version, either a T509 or the 1999 T595. The T509 Speed Triples had an 885cc, 108-hp, fuel-injected triple cylinder motor, while the T595 received a re-tuned version of the larger 955cc triple from the Daytona. 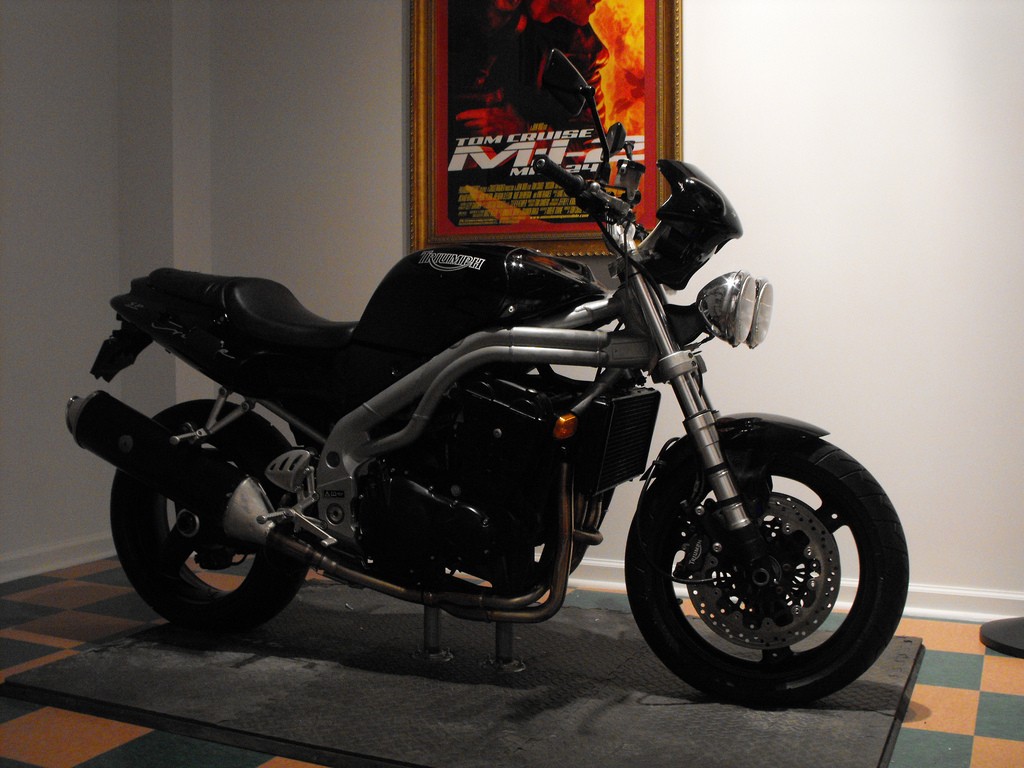 The dual “bug-eye” headlamps and polished frame gave the bike’s a factory streetfighter look, which would become a trademark of the series. The high-powered triples were tuned for broader torque curves, making these bikes potent hooligan machines.

The Daytona was Triumph’s entry into the sport bike market. The Daytona 955i had a 130-hp triple that helped to establish the company’s reputation for high-performance, distinctive triples.

While the bikes could not quite match the laptimes of the Japanese-built competition, the brawny Daytona 955i was big on class and personality — and it worked better on real roads than the liter-class replica racers from Japan.

Here’s the full video of the chase scene in HD.