In the early 1980s, Yamaha introduced the XV750 Virago, their first V-twin “custom”-style cruiser. Though the air-cooled V-twin seemed like a completely novel design, it was actually well-rooted in existing Yamaha DNA:

“A close look at the workings of that engine reveal it to be little more than two XT500 top ends grafted onto a single-crank bottom end, creating the simple, yet effective design.” —Classic Motorbikes The original bike looked quite clunky, with 16-inch wheels, buckhorn bars, and a shaft final drive. But despite the bike’s aesthetics, it handled better than anything the Milwaukee cruiser kings offered at the time:

“The ride is both smooth and reassuringly sure footed with handling not in any way like you might have expected for a soft and lardy cruise mobile. The weight is centrally placed, with the large machine feeling many times smaller than it actually is…” —Classic Motorbikes Surely the bike’s engineers never expected that, more than 40 years after its introduction to the world, the Yamaha Virago would become a darling donor of the customs world, serving as the platform for a staggering array of V-twin customs created in workshops all over the world. Today, we’re happy to present his ’83 Virago 750 from our friend Jeremie Duchampt of France’s Jerem Motorcycles, who’s been turning out a stable of high-level builds in 2022. He bought this XV in poor condition with the aim to disassemble and completely replace, refurbish, or customize every last part. The result is one of the most stunning Viragos we’ve seen. Below, he gives us the full story on the build. I bought this XV about one year ago; it was in a bad state. I completely disassembled it to redo every single part, every bolt, and replace all the bearings. The frame and swingarm were modified to remove the useless dropouts, and after sandblasting them, they were painted gloss black in the oven. 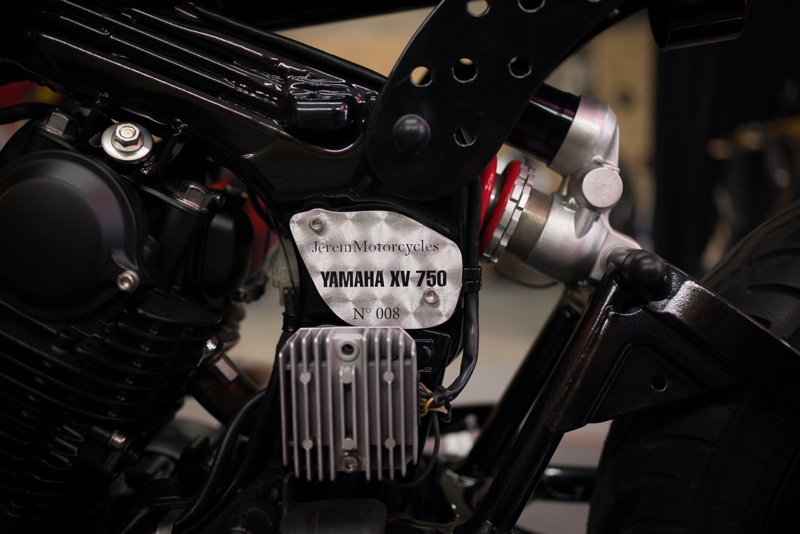 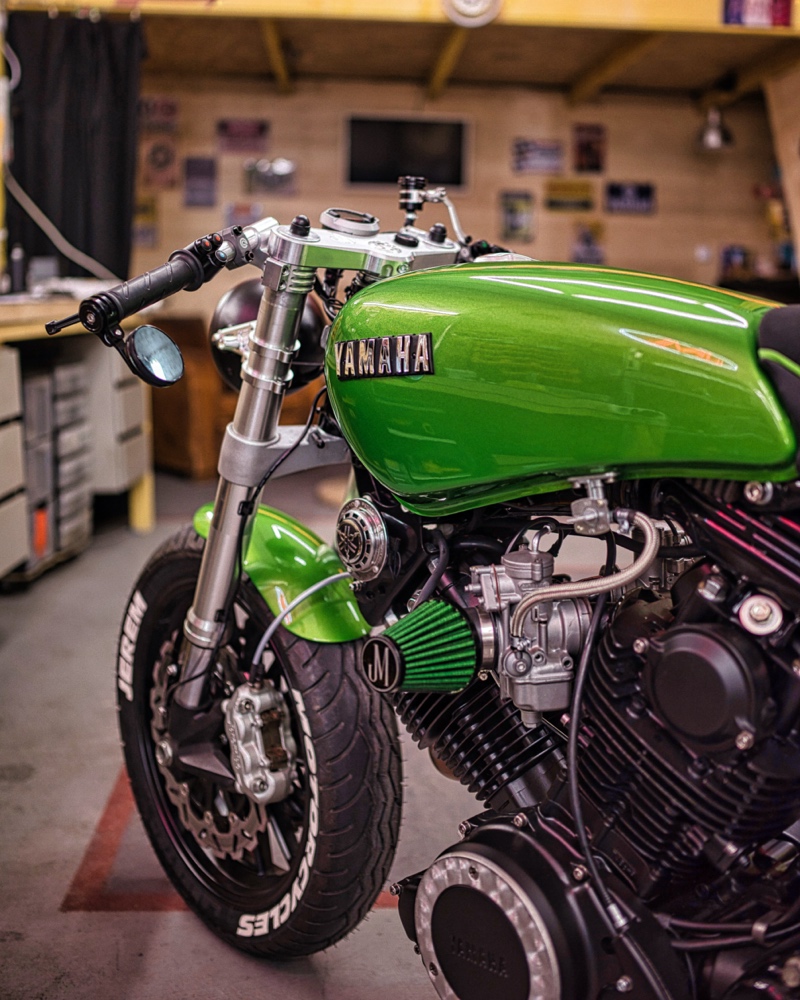 The engine was overhauled for good reliability, but it had been tinkered with by the previous owner and had hidden problems, so I changed the engine for a 9800KM-only engine, TOP. I removed the original carburettors for two separate Dellorto PHF32 carburettors to have more power — the settings were entrusted to Les Belles d’Oc in Béziers. Green air filter for each carb. 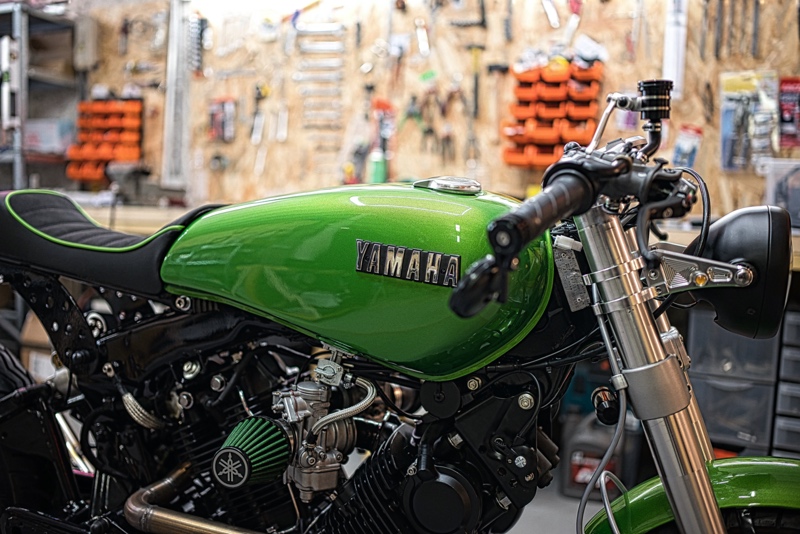 The KOSO counter has been integrated into the fork crown. The custom exhaust was made in the Jerem Motorcycles workshop. The rear section was also made to measure with a beautiful saddle made by the Point Sellier 34 workshop. The Solise lithium battery with voltage regulator is housed under the tank with the motogadget M-unit. The underside of the tank has kevlar protection. The LED headlight, mini front indicator, and the rear lights have been placed on a metal support for a suspended effect. The CNC aluminum front switchgear is coupled to an M-unit. Radial Brembo brakes with a Brembo master cylinder with Exact aviation hoses. Rearsets are grafted onto the modified and shortened original plates. Several different parts were engraved with my JM Logo. Tailor-made rear wheel flange in Dibond, Metzeler tires in 130/70/17 at the front and 130/90/16 at the rear. The carburetors have been refurbished inside / outside by bichromating, and all the original bolts were similarly preserved. Audi green paint by A2F.

I spent about 240 hours working on this bike.