The Honda Hornet 600 — known as the 599 here in the States — was a four-cylinder naked bike introduced in 1998, featuring a re-tuned version of the 90s CBR600R engine. Over the years, the Hornet has developed something of a cult following. John Ralter of Big Bike Mad explains it thus:

“With the Hornet, Honda did what they’ve done so often – produced a bike that goes, stops, handles and keeps doing it in a way that makes its riders grin from ear to ear. It’s one of those designs where utility, appearance and pleasure come together in a perfect union. Form following function in a never ending circle. Those Honda boys done good.”

The Hornet has also made a splash in the customs world, proving itself a worthy donor for builds of all kinds. One man who’s truly highlighted the Hornet’s potential is our new friend Andrea Silverio of Aesse Lab — an environmental engineer with a passion for cars and motorcycles.

“Originally, I built them according my personal ideas and taste, and then for some customers, who pushed me in some magazines. After that, the shots of my custom bikes made a splash on the web.”

To date, Andrea has produced seven Honda Hornet customs — numbers #001 to #007 — all in a similar style, but with various changes of color, tires, and design elements.

Below, we talk to Andrea for the full story behind this squadron of Aesse Lab Hornets. I am an engineer in my work life, but in private I love motors in general, including cars. I started to build my first motorcycles five years ago, and then I took it as a real passion and decided to modify and create new projects for friends and then also customers. Originally, I built them according my personal ideas and taste, and then for some customers, who pushed me in some magazines. After that, the shots of my custom bikes made a splash on the web. I’m in love with the Honda Fours of the 70s. I wanted to mix the old style with new, futuristic visions and components. The bikes are completely disassembled, the frame modified and then powder-coated. The chassis is improved with new forks, swingarm, spoked wheels, braking systems. The electrical system is also modified to achieve excellent results and performance.

• Do the bikes have nicknames?

I prefer to nickname all of them with a progressive number.

The whole customizing process makes me proud, as I get to turn my ideas into reality. 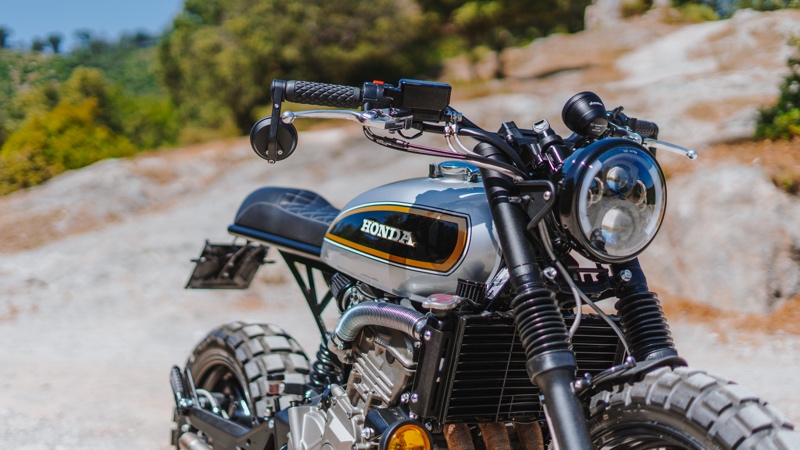 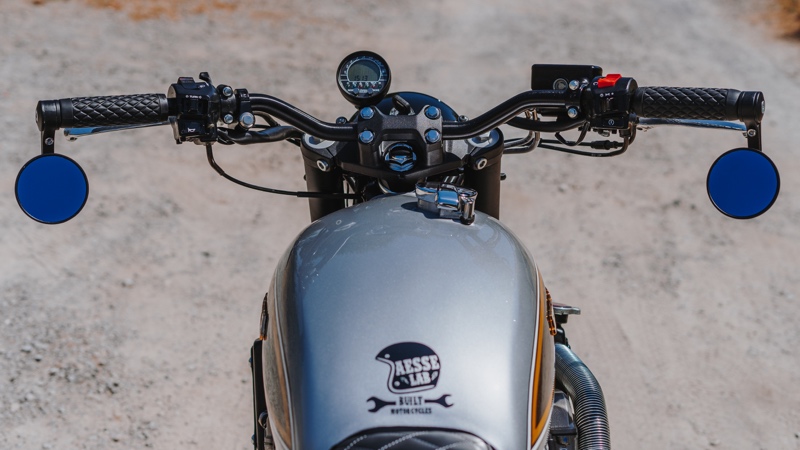 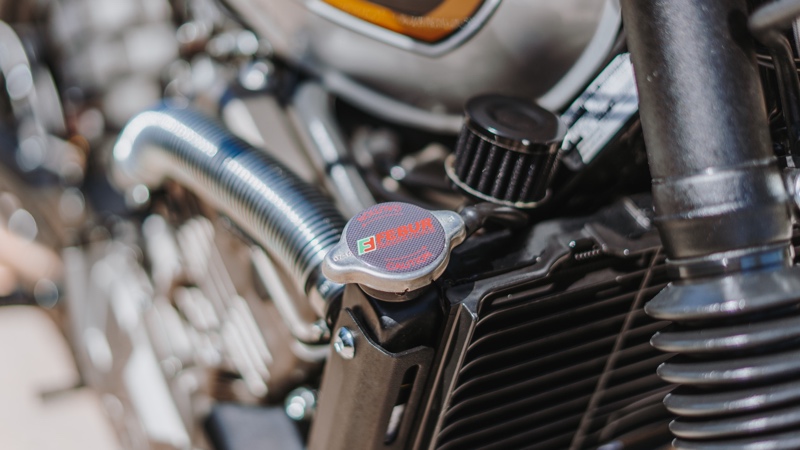