Dakar Chou of DKdesign has been doing interior design for more than twenty years, but he’s loved motorcycles ever since he can remember. He rode his motorcycle when he was 12, and it became a dream of his life to build his own. Then, in 2015 he got his chance through the recommendation of Ben Chen — manager of BMW Motorrad Taiwan — with the Project R9Tracker, a BMW R nineT street tracker completed in January 2016. Since then, DKdesign has brought out four different custom BMW bikes, based on Dakar’s love of the 70s-90s heyday of motorcycling. Now, we’re proud to showcase his latest build, the BMW G310R Scrambler. The G310R was recently introduced by BMW to address a glaring lack in their model line:  an affordable, entry-level platform. The G310R is meant to be that bike, a single-cylinder sport naked that costs less than $5000, offers 62 mpg, and weighs 349 pounds with ~34 horsepower. Obviously, Dakar saw adventure potential in this 300cc. Below, we get the full story. BMW brought out the G310R for young generation people. The design is younger and the price is cheaper. It is very different than what their position was before. We catch this point, and also the Classic / Old school motorcycle is popular all over the world in these few years. So we customized G310R to SCRAMBLER style for them. Then young people can feeling free to try out. 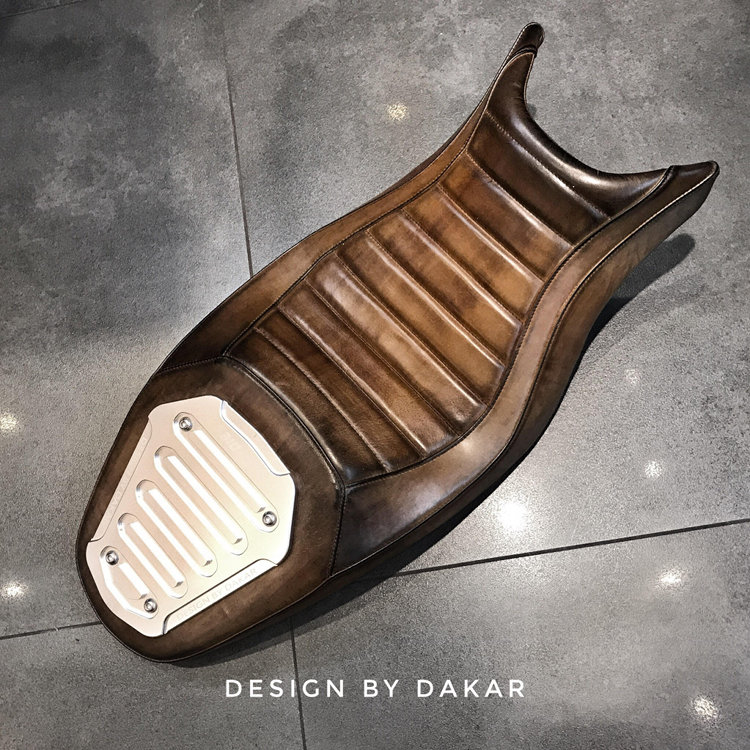 The performance shock, we got the sponsored by GEARS Racing (Model: H2+). Seat was handmade by Kingsman Art and Craft. We completed this mission in 18 days.