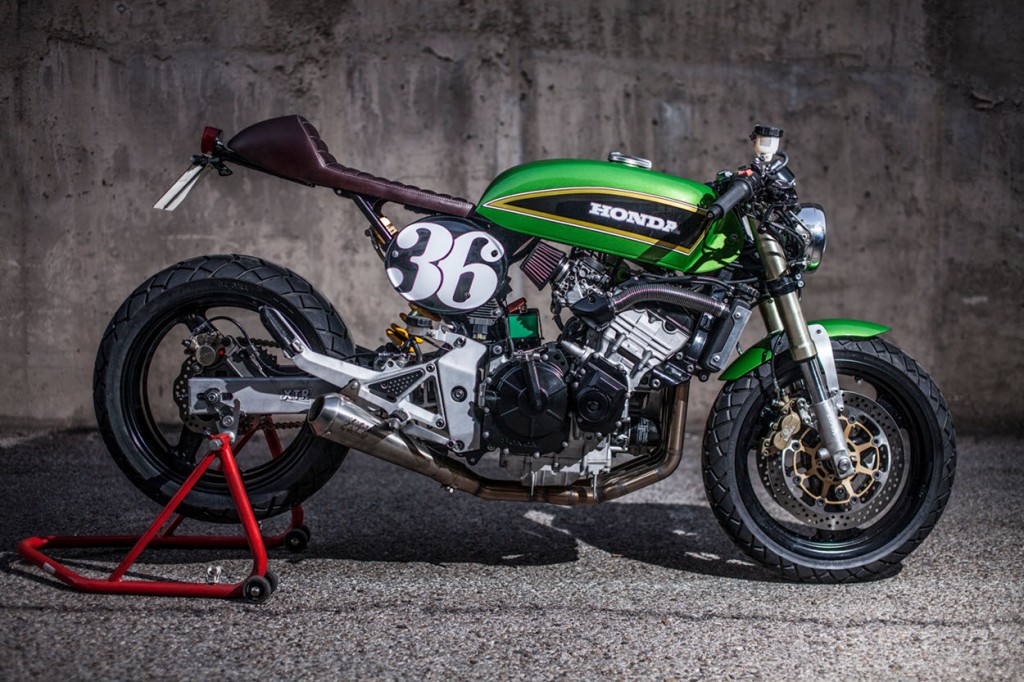 A modern cafe racer inspired by the Honda CB500 Four…

We’re not quite sure how Pepo Rosell of XTR Pepo turns out so many staggering builds, each unique but incomparably his own. Today, we’re thrilled to present “Four,” which is based on a 2001 Honda Hornet 600. From this capable but rather staid platform, Pepo has one hell of a machine inspired by the Honda CB500 Four. Says Pepo:

“So, from here comes the name of Four. Four was the first engine of four-cylinder that Honda makes starting with the CB750 and making after the CB500.” The result is a modern twist on the cafe racer, with blend of vintage and contemporary parts:  CB550 tank, Ducati forks, Ohlins rear shock, and more. The bike manages to recall the spirit and aesthetics of the original CB, but with a modern-day aggressiveness that a GP rider would appreciate.