The Honda FMX 650, available from 2005-2007, was a factory supermoto that utilized the venerable 644cc RFVC engine used in other big singles like the XR650L and NX650 Dominator. While Euro 2 emissions compliance curbed horsepower slightly, the 39-hp supermotard offered tons of fun on the twisties and B-roads — all with Big Red reliability. 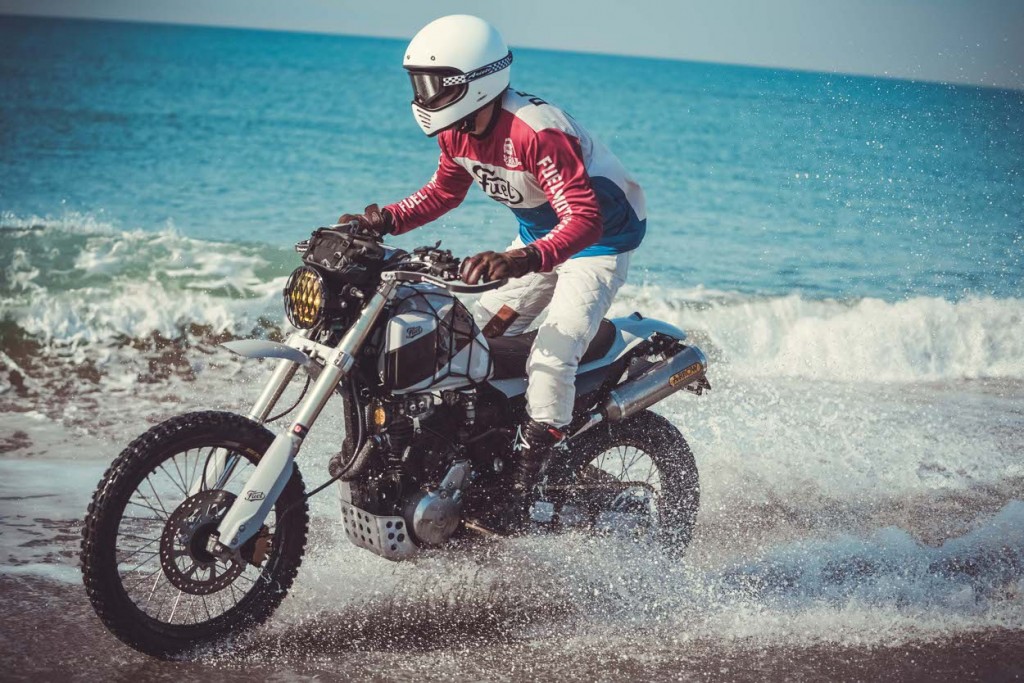 Enter Giorgio De Angelis of Rome’s De Angelis Elaborazioni — one of our favorite builders not just in Italy, but the world. This year, Giorgio decided to participate in the 2019 edition of Scram Africa — the trans-Moroccan rally created by Barcelona’s Fuel Bespoke Motorcycles, in which participants ride street-legal scramblers, desert sleds, dual sports, and custom-built bikes across a dizzying array of trails, roads, and dunes. Says the Fuel team:

“The Scram Africa is not a trip as any others is an amazing experience about overcoming challenges, adventure and friendship. A trip for scramblers and customized bikes to the south of Morocco by roads, trails and dunes. A trip only for nostalgic riders!” For 2019, the adventure would begin Marrakesh, the former imperial city in western Morocco, and travel seven days and more than 1500 kilometers over mixed surfaces, including sand, dirt, tarmac, and even tracks once used in the Paris-Dakar Rally:

“We will ride south until the doors of the desert in Zagora to follow the Paris-Dakar tracks north till Erg-Chebbi. The next stages will be full dunes and different types of sand till we reach the oasis in Merzouga. The next days we will go north crossing the Atlas and the famous Dades Valley.”

The 2019 rally would end back in Marrakesh, after tons of adventure, camaraderie, and not a few challenges. The organizers recommend bikes in excess of 400cc, and there are two categories: While some riders rent bikes, Giorgio of De Angelis Elaborazioni decided to customize this 2005 Honda FMX 650 for the event, dubbing it the Honda “Areia” (Sand) 650. Below, we get more details about the build, along with stunning shots from Rome-based freelance photographer @vd__photo. Given that it would have to survive some 2000 kilometers in the Moroccan desert, Giorgio had to completely customized the bike for the event. The original 17-inch supermoto wheels have been swapped for Excel dual-sport wheels with off-road tires. The bike now rides on a complete suspension setup from Wilbers, and power is transferred through a KK-Bike racing transmission and Accossato Racing clutch control. The bike now sports Fren tube brake hoses and handlebar brake pump, along with tons of accessories such as Kompotech mudguards and new handguards.