The BMW S1000RR, designed to compete in World Superbike, debuted in 2010 to worldwide acclaim. That year, the bike claimed a multitude of awards from major publications and has remained one of the world’s dominant liter bikes. The newest version has a factory rating north of 200 horsepower and comes standard with ABS, TCS, launch control, quickshifter, and more. Skilled riders can streak through the 1/4 mile in around 10 seconds flat.

Of course, high insurance rates are one of the downsides to any superbike, and the S1000RR is no exception. Fortunately, we can help you compare rates from various insurers to secure the best policy at the best price. 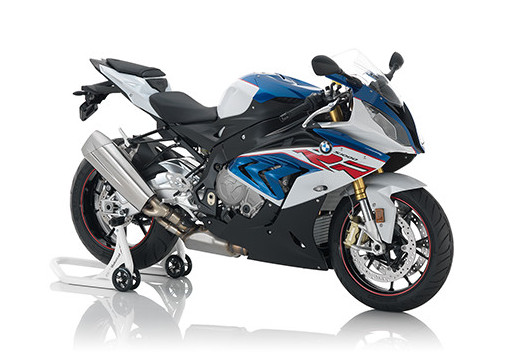 As you probably know, insurance rates vary widely from rider to rider. Your premiums are determined by a wide array of factors, which include your age, location, driving record, credit, coverage options, and the year of your machine. Also, different insurance companies charge varying rates. That said, here is a selection of rates reported by actual S1000RR owners:

Different companies classify the S1000RR differently, leading to vast differences in rates. Some companies still insure the bike by displacement only, which means you could save a fortune if you find the right insurer. Fortunately, we can help. Enter your zip code at the top or bottom of the page to begin.

The S1000RR debuted to global acclaim in 2010. Cycle World named it “Best Superbike” and both Motorcyclist and motorcycle.com named it “Motorcycle of the Year.” The bike has regularly shown itself the class leader in rear wheel horsepower and has, in many tests and reviews, outperformed Japanese competitors which have been in production for decades. These include:

The newest version of the S1000RR comes with a number of rider aids as standard, such as ABS, dynamic TCS, launch control, quickshifter, and cruise control. The bike has set records at the Isle of Man TT, won the 2015 and 2016 Macau Gran Prix, and has remained one of the top five machines in World Superbike.

Chances are you live in a state that requires riders to carry liability insurance with prescribed minimum coverage limits. Of course, this type of coverage only covers the damages to third parties in an accident — not you or your bike. Many S1000RR owners opt for collision, comprehensive, or full coverage, which can raise insurance premiums exponentially. That’s because airing-clad machines like the S1000RR can rack up thousands of dollars in damage from a simple parking lot drop.

Some owners opt for liability-only coverage — the cheapest option in terms of monthly payments, though the out-of-pocket risk is high. If you financed your BMW, then the lender will require you to carry full coverage on the bike.

In order to secure the best policy at the best price, you need to compare rates from a variety of insurers. As we’ve seen above, premiums can vary by thousands of dollars a year, depending on the insurer. Fortunately, we can help. We’ve created an easy to use tool so that you can get quotes from multiple companies in one place. When you enter your zip code, you will see a list of companies who insure riders in your area. From here, you can compare rates and find the best policy for your S1000RR.