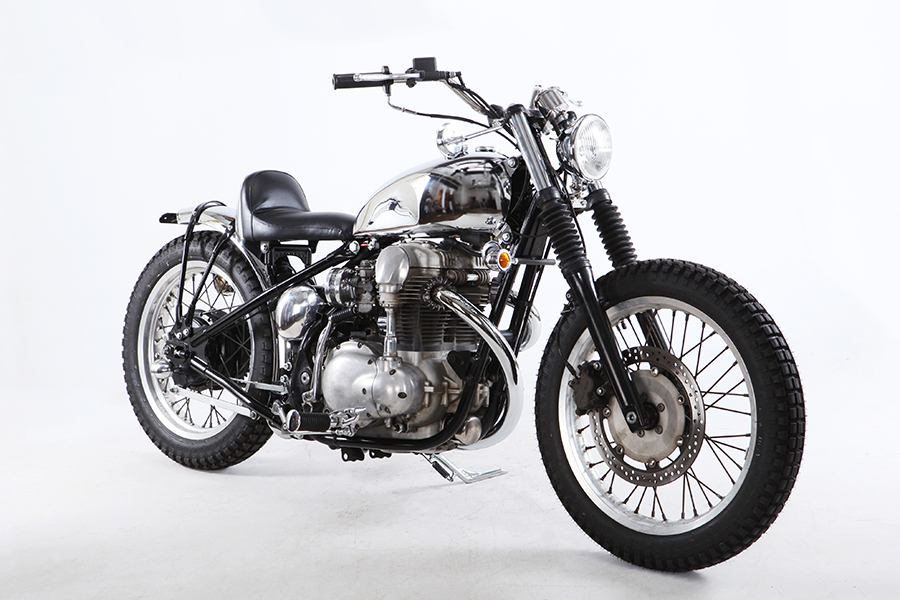 Motor Rock is a workshop founded by Keita Kobayashi and Takanori Katagiri in Nagoya-shi, Aichi, Japan, in 2004. Not only have they built an impressive stable of custom bikes — both metric customs and a quiver of Harley-Davidson bobbers — but they manufacturer a staggering array of custom parts, which are available overseas. When we came across this Kawasaki W650 built by Takanori Katagiri of Motor Rock, we simply had to feature it. The long lines and knobby tires remind us of the early hill-climbers — an era recently featured in The Vintagent — and those long, flowing pipes are a work of art, as is the split tank and solo seat. Unfortunately, none of the crew at Motor Rock speak English, and none of the crew here at BikeBound know Japanese. However, through the wonders of online translation software, we were able to interview Motor Rock’s Keita Kobayashi, cobbling together as much information as we could about the build, built by his partner Takanori Katagiri. Customer satisfaction is everything. There is nothing special about it. Hard tail to be commercialized, split tank with mid control and plating finish was produced over time.