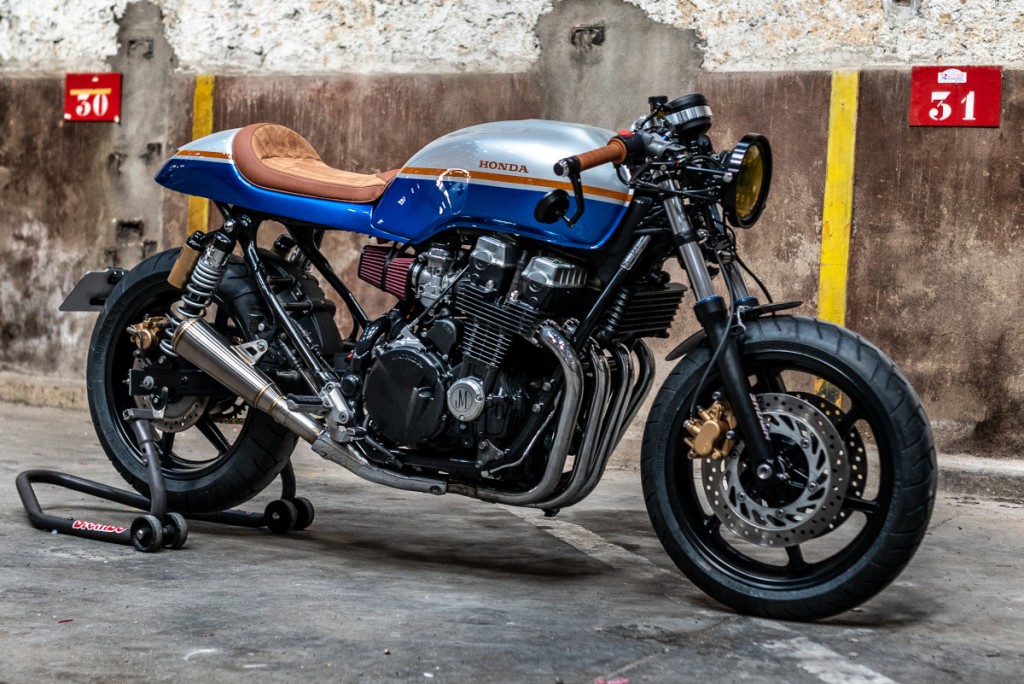 Founded in 1890, Rothmans International was a British tobacco company that became a strong supporter of motorsports in the 1980s and 1990s, when many of the dominant racing teams had tobacco companies for sponsors: John Player, Marlboro, Lucky Strike, Camel, etc. From 1985-1993, Rothmans sponsored Honda’s work Gran Prix team, when legends such as Eddie Lawson, Mick Doohan, and Wayne Gardner worked to tame the mighty NSR two-strokes.

Those 1980s liveries remain some of the most iconic of all time, so we’re always interested to see them reborn on modern custom builds like this Honda CB750F2 Seven Fifty from France’s Jerem Motorcycles. The “Seven Fifty” was a late model version of the CB750, which came out in the early 1990s — better known as the Nighthawk here in the States. By then, it was not the revolutionary superbike of the original CB750, but a retro roadster with a steel cradle frame, twin shocks, and conventional forks, boasting a solid 73 horsepower from the 747cc DOHC air-cooled engine — the perfect donor for a custom café racer. Builder Jeremie Duchampt says he’s been customizing motorcycles for just two years, though he’s always been a tinkerer who worked on own cars and bikes. This build was done for a customer, and as you’ll see from the full build sheet below, the modifications were quite extensive. Though the forks and swingarm remain factory, nearly everything on the bike was reconditioned, rebuilt, and/or customized. We always like to hear that a builder does all the routine maintenance on a bike, replacing all of the fluids and tuning the carbs — you know it’s a bike meant to be ridden. FFPro Design carried out the Rothmans-inspired livery, which is all paint — no decals or vinyl! Overall, we love the lines on this late-model CB, and the colors flip our nostalgic switch. Below, we talk to Jeremie for more details on the build. I’m Jeremie Duchampt from Jerem Motorcycles, and I’ve been preparing motorcycles for about two years. I also have a car wash business on the side. I’ve been a tinkerer since I was very young. I’ve always reworked my own vehicles, whether it be motorcycles or cars. I started motorcycle preparation a bit by hazard. What is the make, model and year of the donor’s motorcycle? This bike was made for a customer. What custom work has been done on the bike? 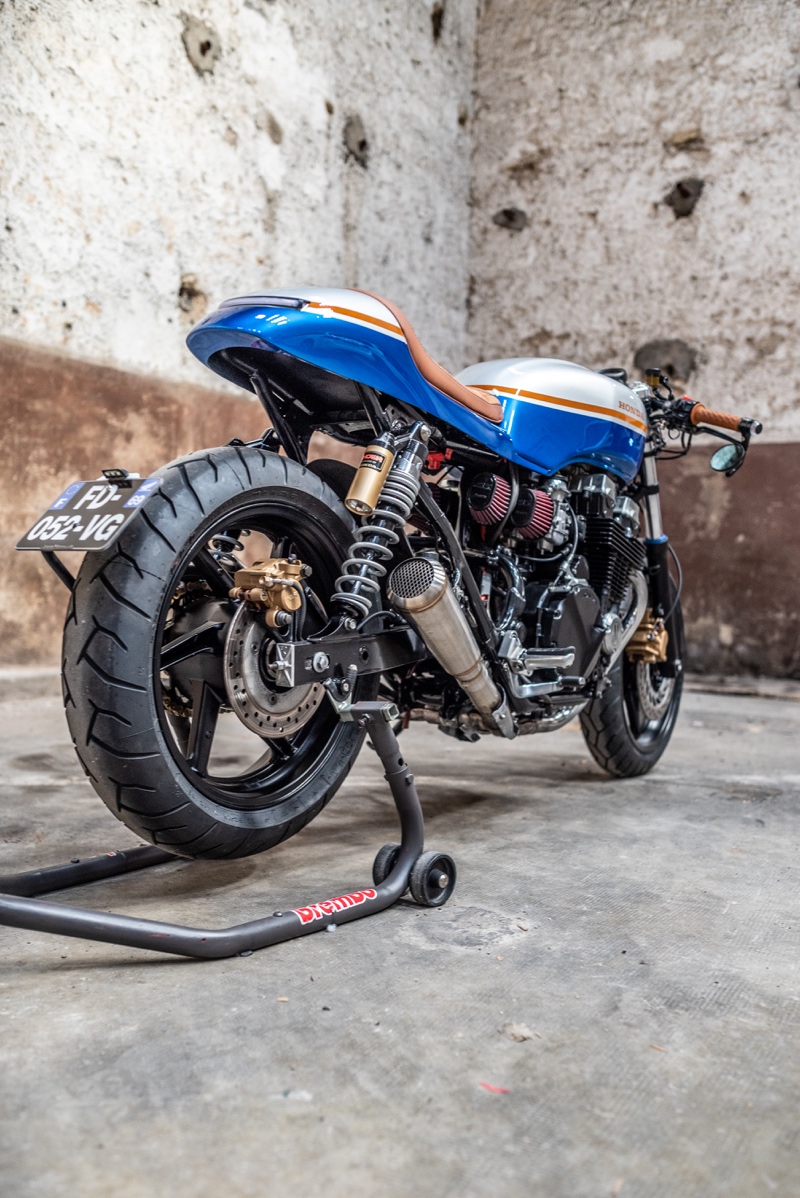 It’s a real pleasure, the owner is happy.

Is there anything you did during the build that you are particularly proud of?