A young mechanic’s final test to work at KenKen Moto!

Aeon Motor is a Taiwanese company that began manufacturing motorcycle parts in 1970 and started building their own ATVs, scooters, and mini-bikes for European and domestic markets in the late 1990s. They’ve produced machines for companies like Polaris, as well as their own models, and their “My” line of mini-bikes is especially popular.

Enter our new friend Jhao You Jheng, a 25-year-old mechanic who’s been working at Taiwan’s KenKen Motorcycle Shop for the past four years. The bike you see here is a 2016 Aeon My150, which Jhao built not only as his daily commuter, but to prove his prowess in the workshop:

“It was built to participate in Taiwan’s annual custom event: Ride Free, and it was also a final exam from my boss to test my eligibility to work in his custom shop.” Jhao took his inspiration from the bikes of AMA Flat Track, and the modifications were quite extensive.  The My150 actually comes as a mini-bike equipped with small 14″ wheels — just 2″ larger than those of a Honda Grom or Monkey — so Jhao fabricated a custom aluminum swingarm to swap in 17″ spoked wheels. The engine in the My150 is similar to that of the Honda CRF150 — an air-cooled 150cc single. However, Jhao increased the displacement to 185cc, giving the bike a bit more punch. Jhao is most proud of the bodywork, which is all hand-crafted from aluminum — his first time building aluminum parts! The bike looks like nothing else on the road, which is just how Jhao likes it:

“His nickname is Black Sheep because I like the feeling of being different.”

Below, we talk to Jhao for more details on this featherweight street tracker! 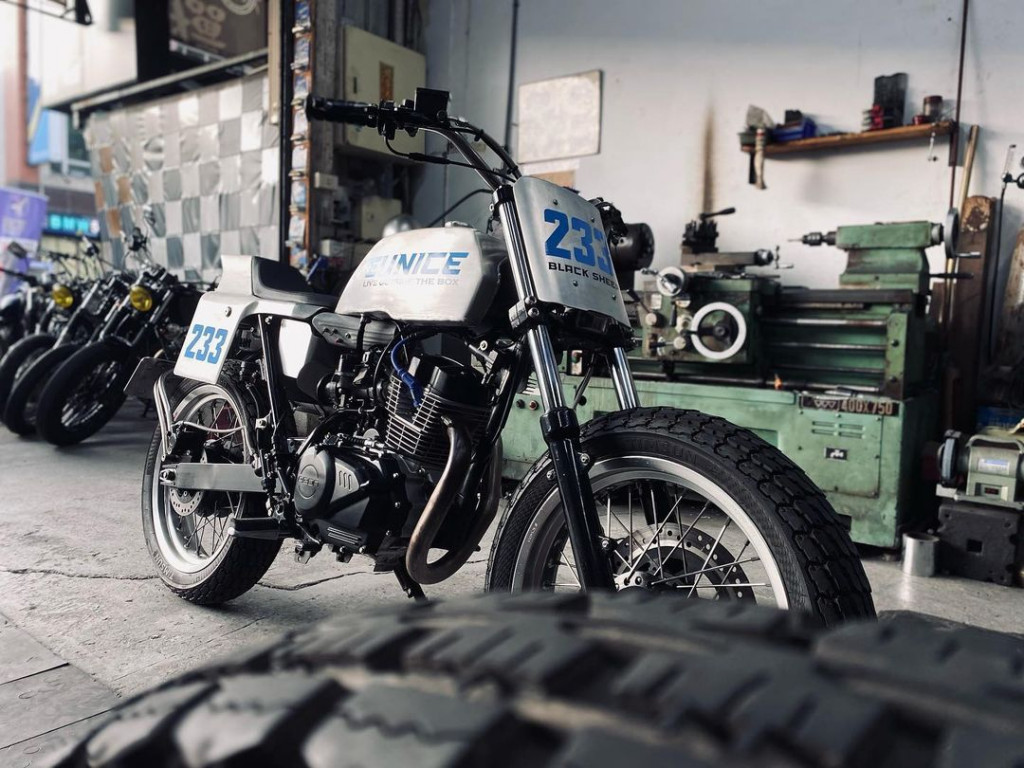 My name is Jhao You Jheng from Taiwan. I am 25 years old, and I started to like motorcycles when I first came into contact with MotoGP in college. And I have been working as a mechanic at KenKen Motorcycle Custom Shop for four years. It was built to participate in Taiwan’s annual custom event: Ride Free, and it was also a final exam from my boss to test my eligibility to work in his custom shop. 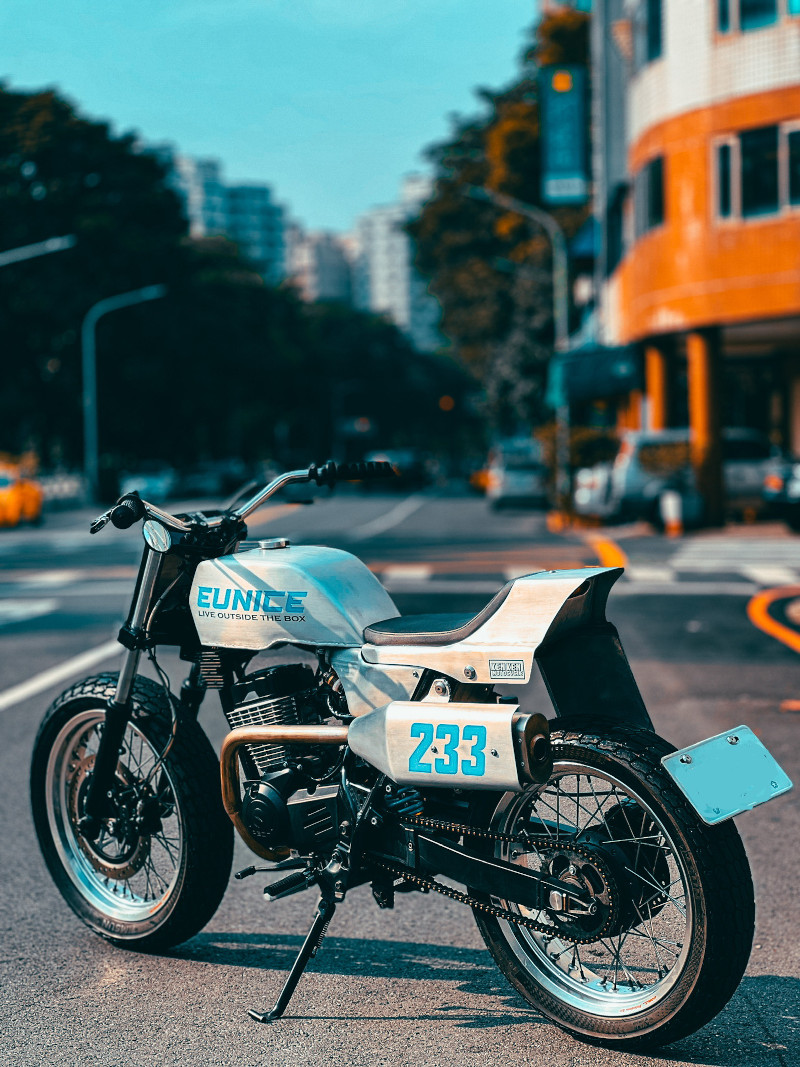 The first time I came into contact with AMA Flat Track left a big impression on me, and then I found that I liked the streamlined style very much. Moreover, there were not many such customs in Taiwan, so I decided to customize the bike based on this style. 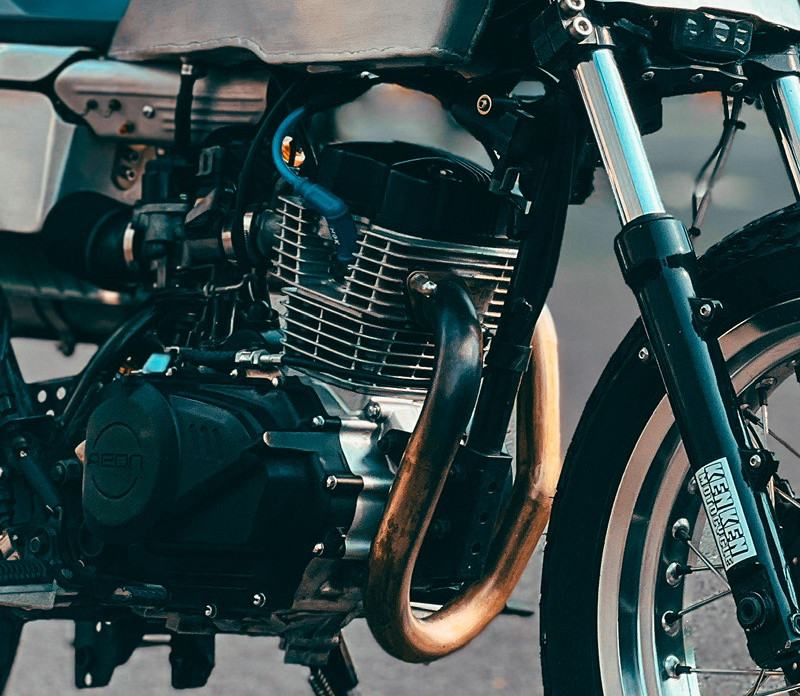 His nickname is Black Sheep because I like the feeling of being different. Because I use it for commuting, it is actually easy to ride, not as aggressive as it looks. It must be all the aluminum parts on the bike because it was the first time I tried to make components out of aluminum.