A Street-Legal Super Hooligan from the North Star State…

The RSD Super Hooligan National Championship Series (SHNC) has exploded in popularity, pitting 750cc and up street bikes head-to-head on dirt tracks and TT courses across the country.  The rules for “heavy bike racing” class are intended to keep costs and fabrication to a minimum. No geometry changes are allowed unless they are bolt-on, and the bikes must run 19-inch wheels with flat track race tires and no front brakes. The result is one of the most entertaining racing series in years. Enter Dan Riley of Gunn Design, an independent designer and artist whose liveries, apparel designs, and bike builds have been featured across the world. Says Dan:

“From the beginning, I’ve been fully committed to beautifying the world. My world is motorcycles.” 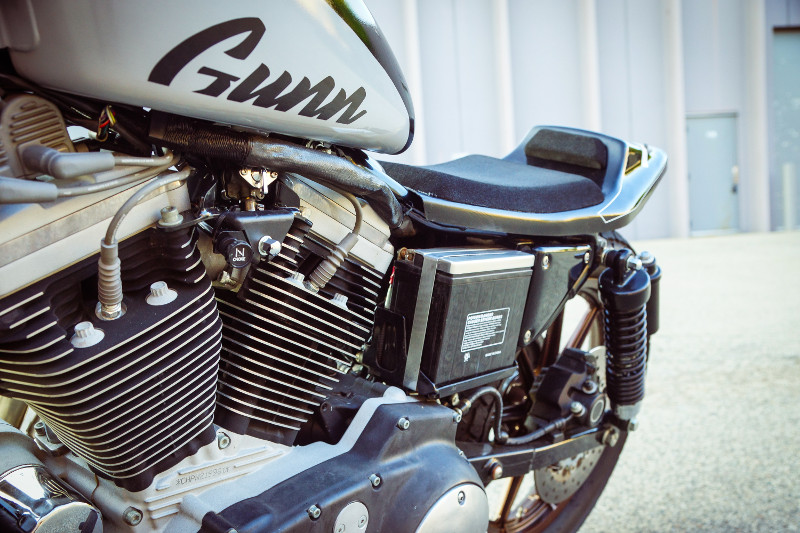 When Dan came across an 1998 Harley-Davidson XL1200S Sportster Sport that had been laid down, he decided to build a  Super Hooligan flat tracker. It’s hard to imagine a better platform, as the Sportster Sport came with a wealth of factory go-fast goodies, including dual-plug heads, high-tech ignition, adjustable suspension, and more. Dan stripped about 80 pounds from the bike, building a dirt-happy street tracker we’d love to ride. Below, we get the full story. Been riding 30 out of 34 years of life. I’m an independent designer & artist based out of Burnsville, Minnesota with work that has spanned the globe. I’ve designed products, apparel, and advertisements for the world’s biggest brands; as well as a few noteworthy builds, both for personal use, and corporate interests. This is a 1998 Harley Davidson Sportster “Sport” — a Sportster model that came from the factory with some fun performance upgrades such as fully adjustable suspension (bring this back, please, HD). I was cruising Craigslist one day, and came across this ultra-mint Sportster. Low miles, never abused, except was laid down by its previous owner. No biggie! I was gonna change everything on it anyway! The bike was really built with flat track in mind. Being a 1200 factory bike, you could line it up (and be competitive) at an RSD Super Hooligan race. I made it as minimalist as possible. No mirrors, or a horn, even! I converted the controls to ⅞” to accept more modern componentry. 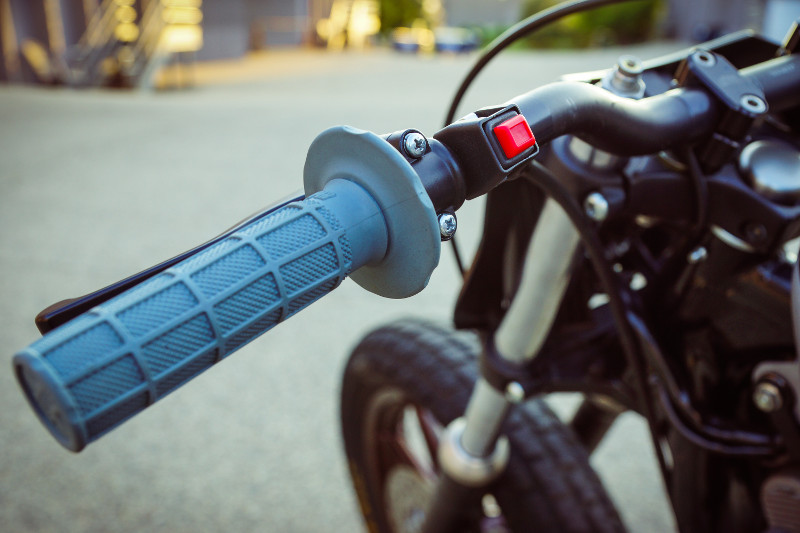 Deletion of about 80lbs of factory garbage (fenders, lights, belt covers, windshield, etc… All hit the trash can!) Definitely as a thoroughbred Super Hooligan class racer. You could also call it a street tracker. I like the hooligan vernacular better 😉 I built it in a few weeks! …with the help of a few friends, of course 😉