Below is a selection of Honda CB350 cafe racer builds we have featured on the blog. 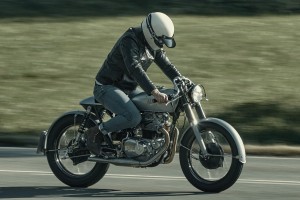