Revolt Cycles of the Philippines has become one of our favorite custom workshops, specializing in brat trackers and scramblers perfect for the winding roads, jungle paths, and beaches of their homeland. Now Louie and the gang are back with this cherry-red commuter build, based on a Honda TMX125 Alpha. The TMX125 is more commonly known as the CB125 or CG125 in other countries and markets. The Alpha model has a few new knickknacks than the previous generation — most notably an electric start. Below, we get the full story on this cool commuter. 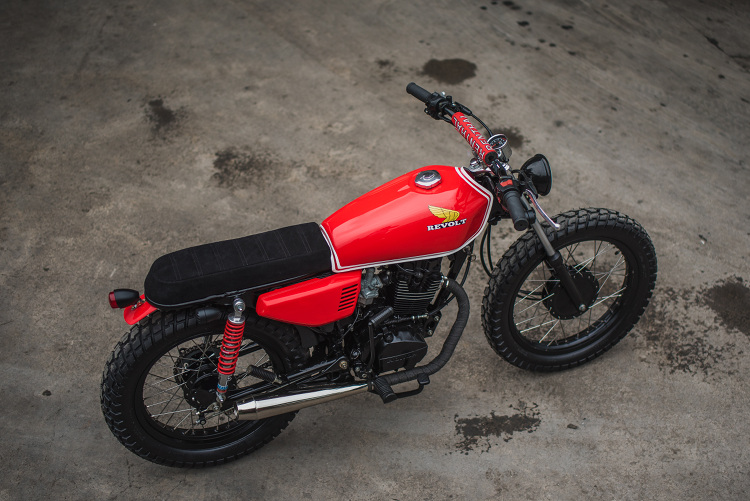 Bike is a project build for Mr. Carso Carandang. The bike came in brand new and went straight to stripping it down. Redid the rear end section by adding a loop and mini fender with a minimalist brake light. Repainted tank and side covers with a Christmas bright red with a Revolt wing on the tank and two white stripes running on the border of the tank. A full black respray on the engine with sanded fins. Aftermarket mx Renthal handlebars with simple singlepost minimal headlights and grilled turn signals for that umph effect. Lol and there we came up a cool daily commuter for Mr. Carso.